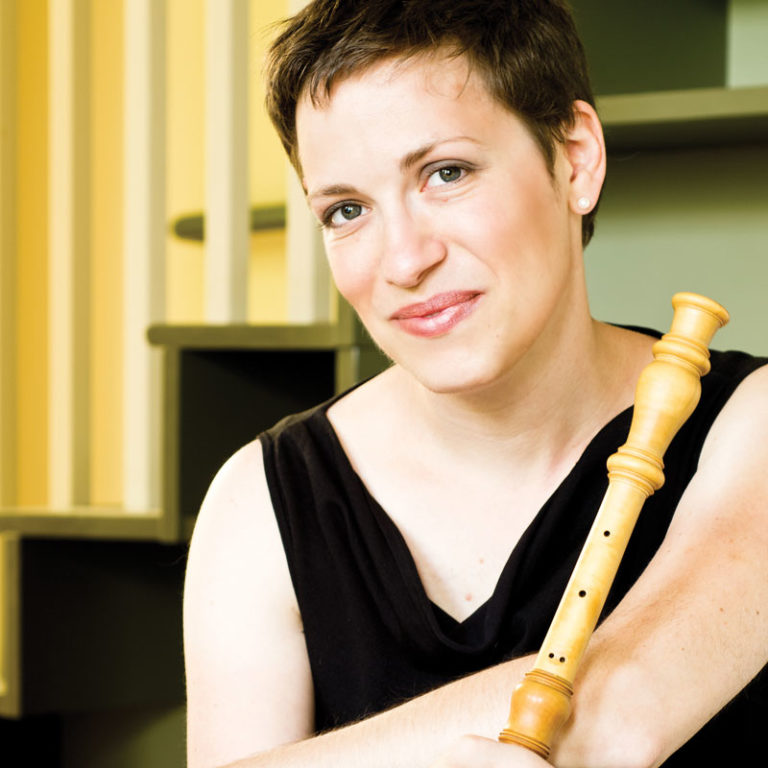 Debra Nagy wears many hats. AF’s principal oboist is artistic director of the successful chamber ensemble Les Délices, and also an active performer and soloist around the country. Between concerts and trips to the airport, she took the time to speak with us about her upcoming performance with Apollo’s Fire.

We often see you on stage with several different instruments. Is it challenging to switch?

DN: As a period instrument specialist, I seem to have accrued a somewhat ridiculous number of instruments. When it comes to oboes, I have 3 different types of baroque oboe:: a “regular” oboe, oboe d’amore (a sort-of alto oboe), and an oboe da caccia (a tenor oboe). I also have two other oboes that play at so-called “low” pitch (A=392). Then I have two different “classical” oboes for playing music ranging from Gluck to Mozart, Haydn, Beethoven, and a bit beyond.

Most wind players back in the 17th and 18th centuries were “doublers,” playing more than one kind of woodwind instrument. As an oboist, I’m expected to be able to play recorder as well so I have 8-10 recorders for playing all sorts of music from 1300-1730.

In terms of the challenge of switching – yes, they’re all a bit different – but I think about the different woodwinds more like a theme and variations. Plus, it’s part of the job. That said, I also tell my students that if you do a lot of things then it’s important to compartmentalize! I can’t be working to prepare music on both classical and baroque instruments at the same time – I would go crazy! 😉

How do you prepare for playing a concerto with an orchestra, especially in the final week?

DN: I enjoy performing a concerto much more if it’s a piece I know deeply. I don’t perform from memory, but it’s very important for me to “be memorized.” I want to have internalized the music so completely that I’m not worried about what finger goes where but can focus instead on making chamber music and enjoying the experience with the audience and the musicians around me.

In the final week leading up to the performance I’ll be trying to stay relaxed, make sure I’m eating and sleeping well, that I’ve got good reeds(!), and try not to play too much outside the concerts (need to save my energy – and my lip – for the shows!).

While you are preparing this concert you are also simultaneously managing your own ensemble and an active freelance career…?

DN: There is truly never a dull moment. 😉 We can talk again in mid-March when I’ll have my first day “off” in 8 weeks.

How did you decide on the G minor concerto for this program?

DN: Jeannette and I decided on this piece together. G minor is a tremendously passionate key (and a great key for oboe solos) and this particular piece has a terrific intensity. The slow movement for the G minor concerto is also adapted from the very famous sinfonia to Cantata 156 (Ich steh mit einem Fuß in grabe), so there’s a wonderfully recognizable bon bon in the middle of the piece!