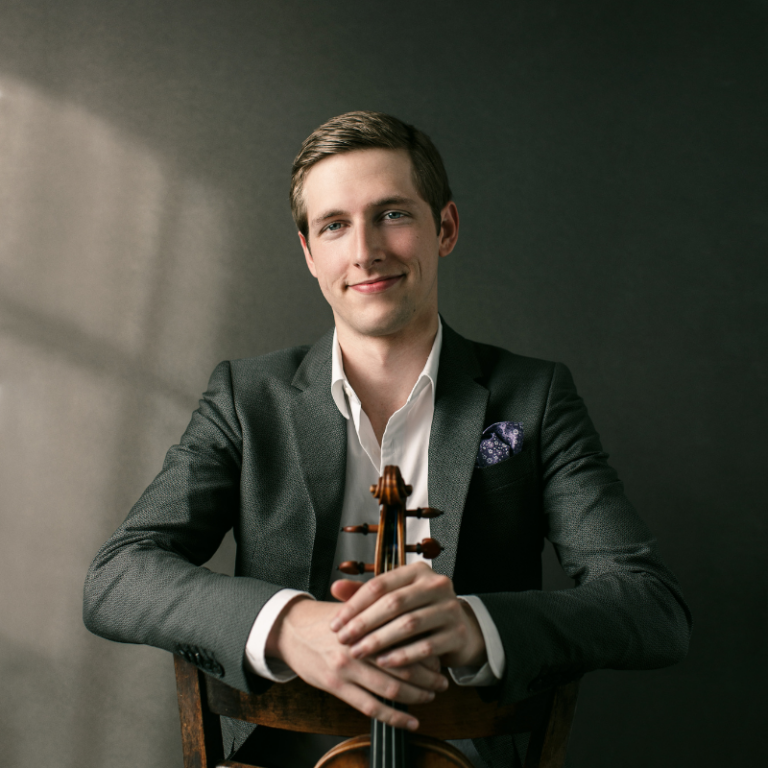 Eric Gratz served as Concertmaster of the San Antonio Symphony from 2013-2022. A graduate of the Cleveland Institute of Music and Rice University, he has appeared on four continents as soloist, concertmaster, and chamber musician. A passionate educator, his students have won many competitions, attended major music schools, and performed with major orchestras. When not performing or teaching, Eric can be found wandering the streets of Chicago with his Leica camera in hand. 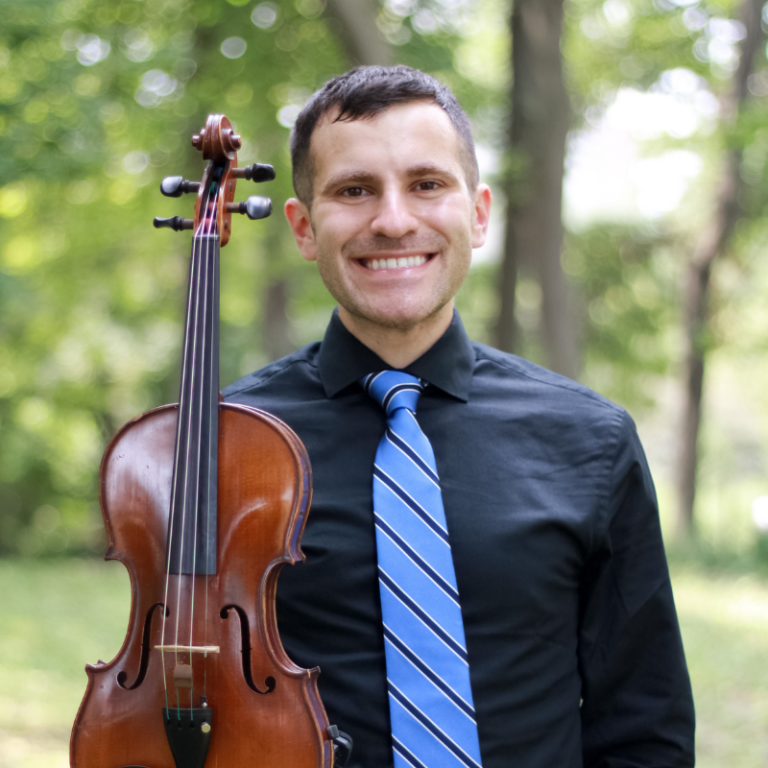 David Beytas has been an instructor with Apollo’s Fire String Program in Matteson since 2021 and is happy to return. In the past he has taught for several other programs that also provide free music instruction to students in Chicago and the surrounding suburbs. In addition to teaching David regularly performs with various regional orchestras throughout the midwest and holds music performance degrees from Northwestern University and Depaul University. 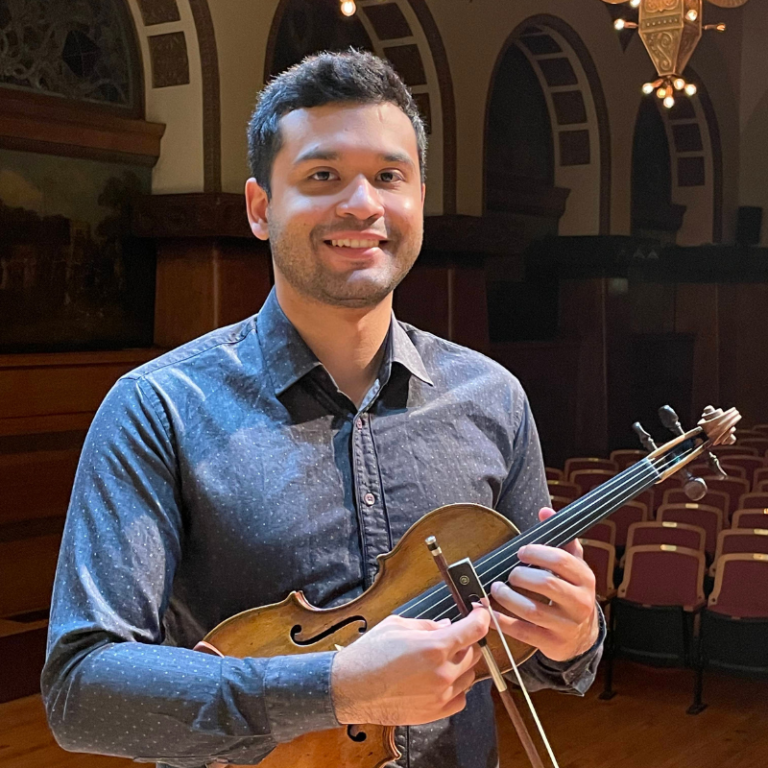 Violinist Diego Diaz has traveled the world and appeared as a soloist under the direction of world-renowned conductors Christian Vasquez and Gustavo Dudamel. As a musician raised in the marvelous “El Sistema” in Venezuela, he has had the opportunity of growing a passion for teaching since an early age. Diego has performed with orchestras in the Chicago area including Grant Park Music Festival Symphony Orchestra, Illinois Philharmonic, Chicago Sinfonietta, Chicago Philharmonic, and others. He obtained his Bachelor’s of Music at Lisandro Alvarado Centroccidental University in Venezuela and received his Master’s degree in Violin Performance at the Chicago College of Performing Arts at Roosevelt University. 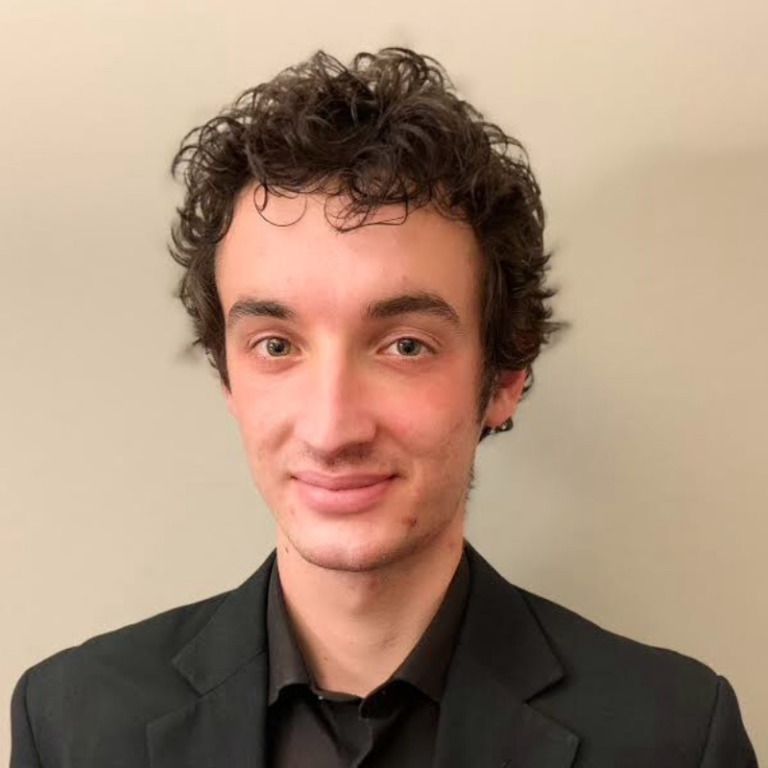 Dylan Feldpausch is a violinist from Austin, Texas, currently in his second year as a violin fellow with the Chicago Civic Orchestra. He graduated summa cum laude with a degree in Violin Performance from the Shepherd School of Music at Rice University and holds a Master’s in Violin Performance from Arizona State University. After making his solo debut with the Austin Symphony in 2013, Dylan has attended summer festivals including The Castleman Quartet Program, Domaine Forget, National Music Festival, Madeline Island Chamber Music Festival, and Lucerne’s Contemporary Music Academy in Switzerland. Dylan has taught extensively in private studio settings, in chamber music settings, and in group classes in public school settings. 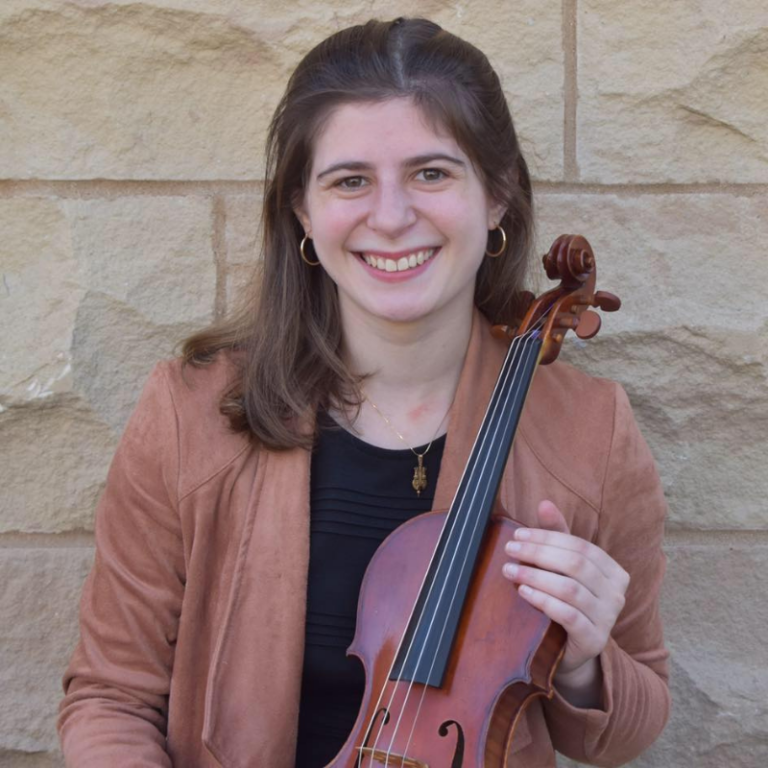 Becca Kasdan is passionate about musical outreach and bringing the joys of classical music to children. She holds a Master’s degree in Violin Performance from Schulich School of Music at McGill University and a Bachelor’s from the Peabody Conservatory of John’s Hopkins University in Baltimore, where she received the Johns Hopkins President’s Commendation for Achievement in the Arts for her lasting impact on the Baltimore community. She is currently finishing her Doctor of Musical Arts in Violin Performance at the University of Illinois at Urbana-Champaign.  Becca is a faculty member at the Easton Chamber Music Festival in Massachusetts and has presented masterclasses and lectures at the Paul Rolland String Pedagogy Workshop, American String Teacher Association’s National Conference, Vanderbilt University, DePauw University School of Music, and the University of Illinois Urbana Champaign. An active soloist and chamber music performer, Becca has collaborated with members of the Brentano, Ying, and Jupiter String Quartets and was a violin fellow at the Bowdoin International Music Festival and the Next Festival of Emerging Artists.

Chad Polk began playing cello at the age of six as a member of the Boston Youth Symphony Orchestra’s Intensive Community Program (ICP), which provides children from historically excluded communities the opportunity to learn an instrument. For his undergraduate degree, Chad attended the Cleveland Institute of Music, where he studied with acclaimed soloist and chamber musician Sharon Robinson, as well as receiving long-term Suzuki Pedagogy training from Suzuki teacher Abbey Hansen. Chad is currently attending the DePaul School of Music, studying cello performance with the former Assistant Principal Cellist of the Chicago Symphony, Stephen Balderston. In addition to his cello studies, Chad has a passion for arts advocacy and mentorship, and currently serves as a Teaching Artist for the Grant Park Music Festival’s Classical Campers program. 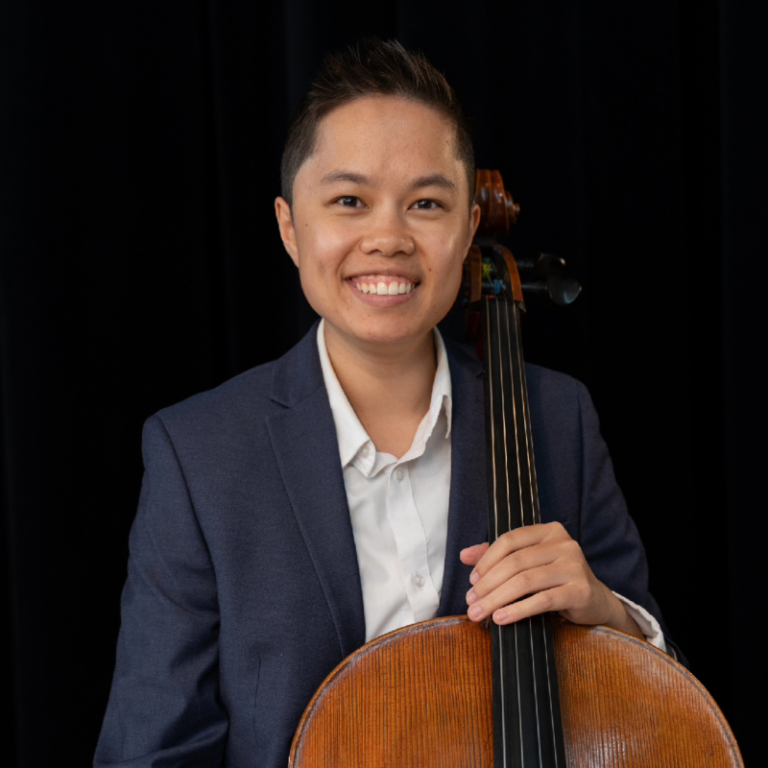 Haley Slaugh (they/them) has been playing cello since the age of five, and has been teaching privately since the age of 17. They hold a bachelor’s degree in performance from the University of Colorado, Boulder, and a master’s in performance from the University of Oregon. After teaching 5th grade instrumental music in the Boulder Valley School District, Haley went on to become a teaching artist with Apollo’s Fire in the Matteson School District and completed Suzuki Book 1 certification. Haley currently performs as a member of the Civic Orchestra of Chicago and Orchestra Iowa, and this summer participated in the National Repertory Orchestra in Breckenridge, Colorado. 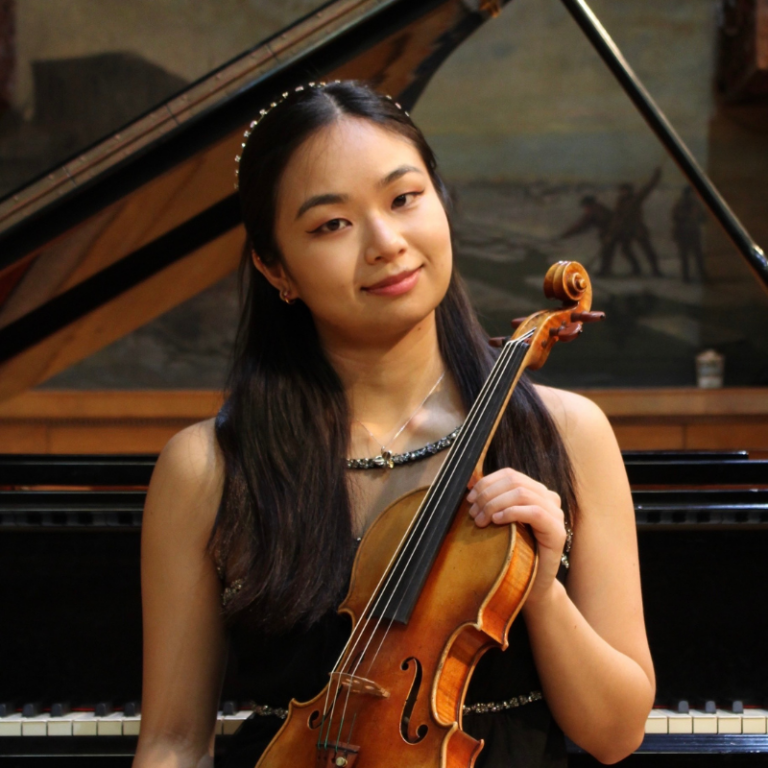 Justine Teo is a Singaporean violinist based in Chicago. She has performed internationally at venues including Symphony Center, Taipei’s National Concert Hall, and the Esplanade in Singapore. Her summers have been spent at the Chautauqua School of Music, Dartington International Summer School, Northwestern University Summer Violin Institute, and Green Mountain Chamber Music Festival. Justine’s passion for teaching began with her giving music classes to children in Southeast Asia, and eventually led her to obtaining her Suzuki violin teaching certification in addition to joining the faculty at FAME Center in Chicago. She recently graduated with a Master of Music degree in Performance and Pedagogy at the Chicago College of Performing Arts.