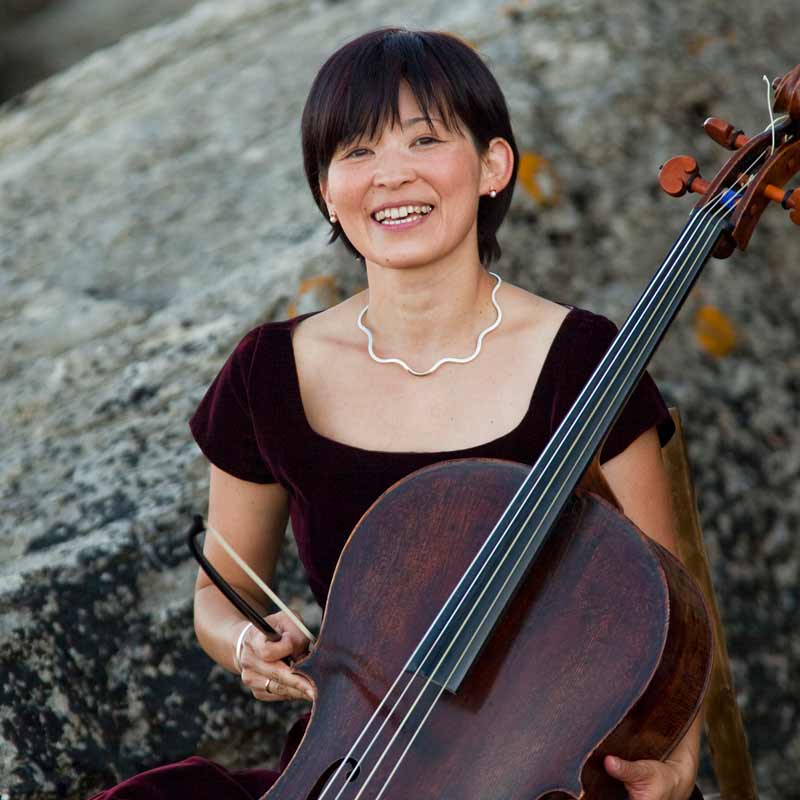 Mimé Yamahiro Brinkmann is one of the most active freelance cellist/gambist playing both as soloist, and as chamber and orchestra musician in the early music field.

After receiving a Performance Diploma on modern cello at Toho Gakuen School of Music Tokyo, Japan, she received a scholarship from The Netherlands government and came to study historical performance, both cello and viola da gamba at The Royal Conservatory in the Hague where she graduated with a soloist diploma.

Mime has been the prize winner of some of the most important early music competitions such as “Musica Antiqua Brugge Soloist Competition” in Belgium and “The international competition for original string instruments” in Brescia, Italy.

Her performance can be heard regularly in different parts of the world – both as a solo recitalist and with some of the world leading orchestras such as Tafelmusik Baroque Orchestra (Canada), Apollo’s Fire-Cleveland Baroque Orchestra (USA), Concerto Copenhagen (Denmark), Drottningholm Slott Opera orchestra and ensemble (Sweden), and the Paul Hillier Ensemble (Denmark).

In between her busy touring life, Mime enjoys teaching at The Royal Academy of Music in Stockholm. She has also given master classes at Early Music Festival Juiz de Fora, Brazil, Tchaikovsky Conservatory Moscow, Russia and enjoys working with the promising next generations.