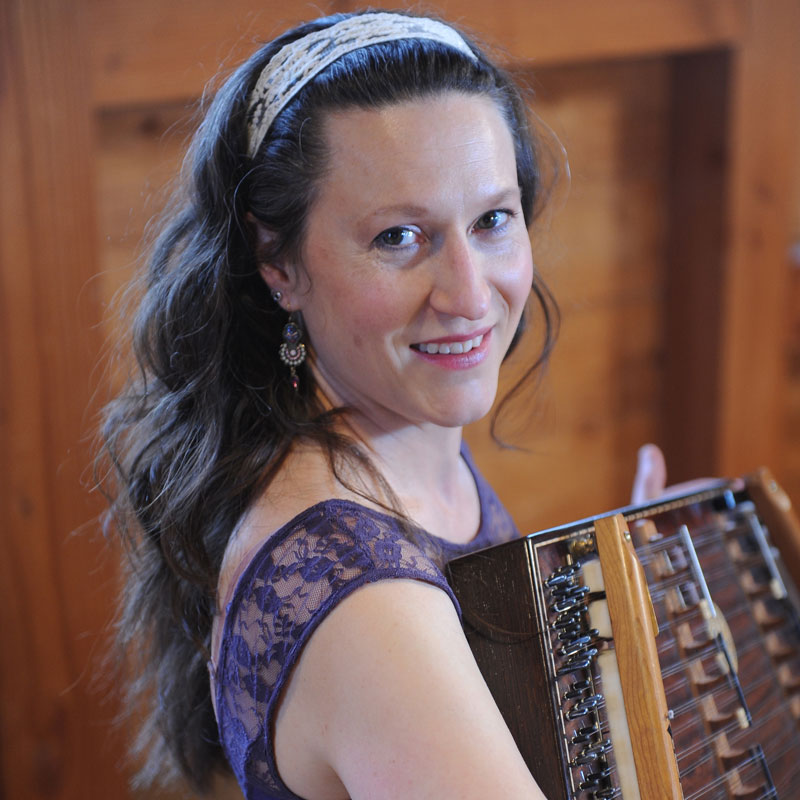 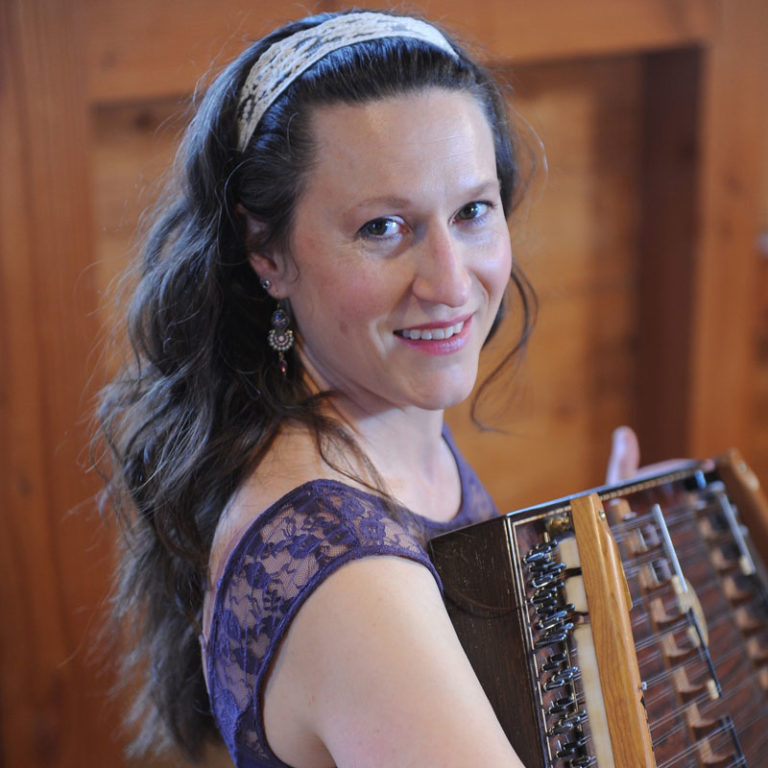 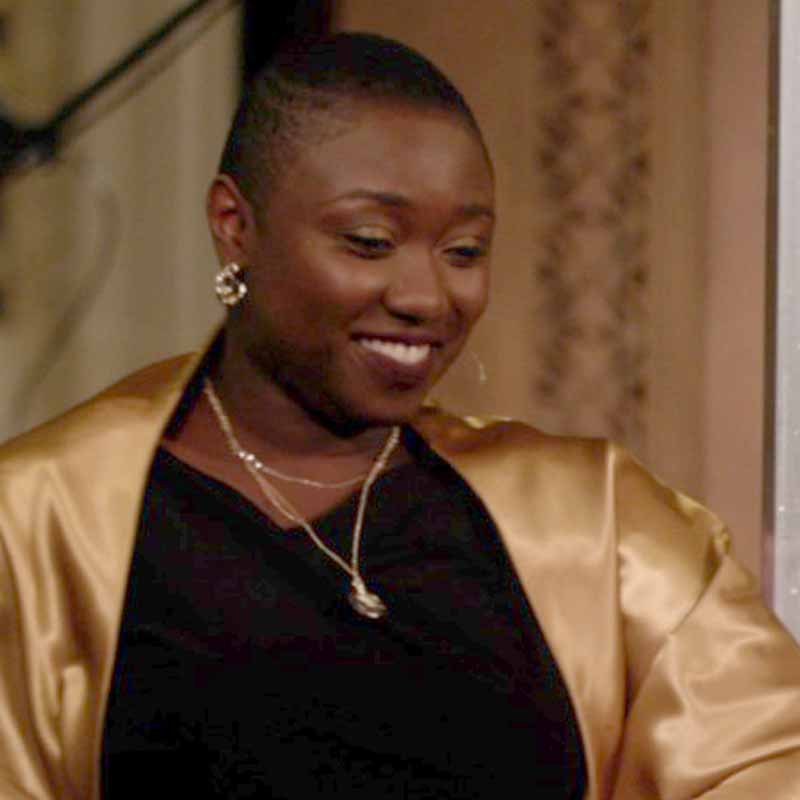 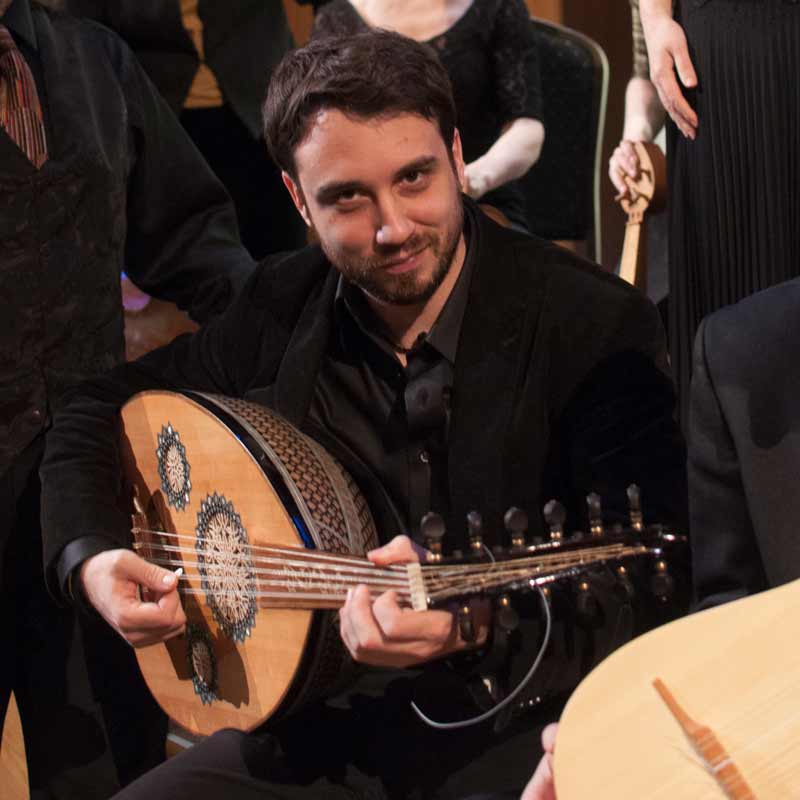 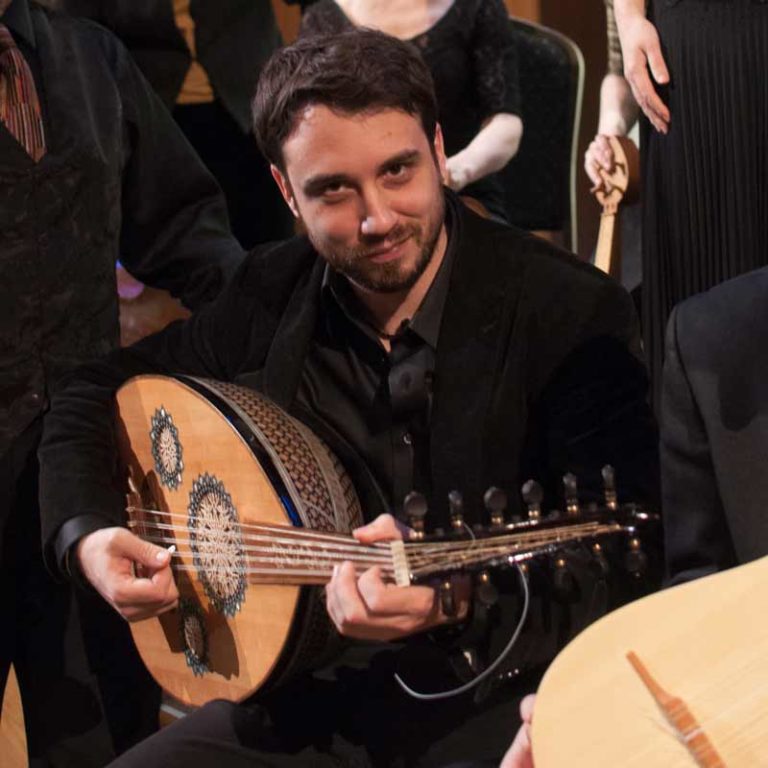 Brian Kay, vocals & plucked instruments, is a modern-day troubadour. He is the first Artistic Leadership Fellow of Apollo’s Fire and in 2019, won a Grammy® Award for his work on the CD Songs of Orpheus. He has performed throughout the world at venues such as the National Concert Hall of Dublin, Belfast Castle (Ireland), Carnegie Hall, and the Kennedy Center. His live radio appearances include NPR, WYPR and 98ROCK (Baltimore), WGBH (Boston), and WCLV (Cleveland). He has recorded for AVIE and Sono Luminus labels, and has been heard on more than ten album releases. He is a multi-instrumentalist, songwriter, arranger, traditional and historical music specialist, poet, and painter. 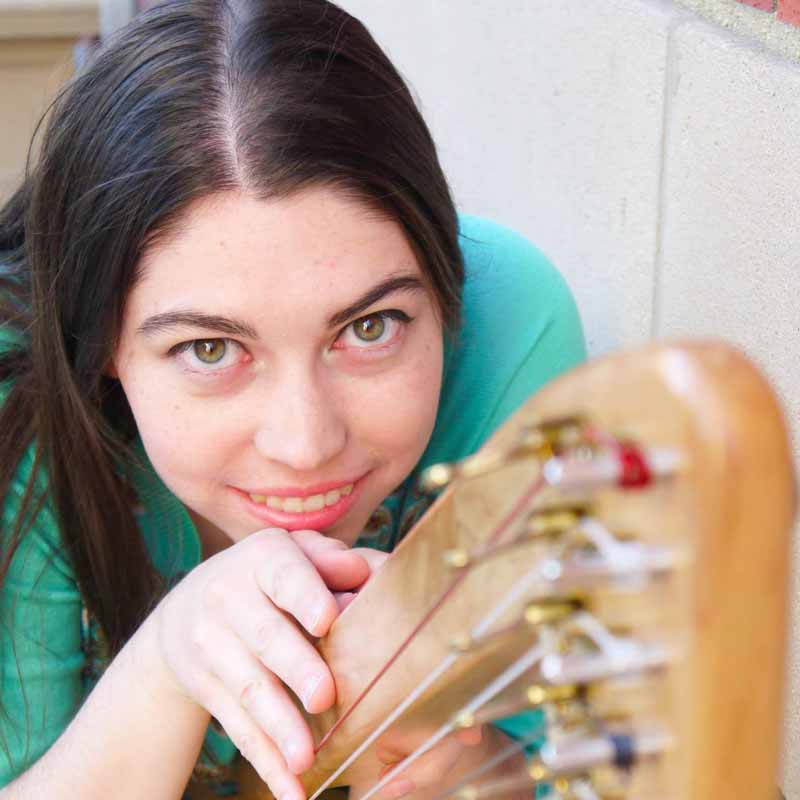 Anna O’Connell is a soprano and harpist who works to recreate the lost traditions of the harpist troubadours. Her love of Celtic music was cemented by a visit to Ireland at a young age, where the fascinating mix of concerts (in a castle and in the streets of Dublin), monuments, and museums led her lifelong fascination with harps. She has researched the history of self-accompaniment with harps ranging from medieval to modern folk instruments. Her self-accompanied repertoire includes medieval, renaissance, and early baroque songs from Italy, Germany, and the British Isles. She is currently completing doctoral studies in Historical Performance Practice at Case Western Reserve University.

Anna has sung as soloist with the Hong Kong Early Music Society and the Maui Chamber Orchestra. In Cleveland, she sings with the Trinity Cathedral Chamber Singers and the Cleveland Chamber Choir. She holds degrees from the University of Southern California and Providence College. She studies voice with Ellen Hargis and Dina Kuznetsova, and historical harps with Maxine Eilander. Her Ithaca-based duo, Gothic Fire, specializes in Medieval and Renaissance music performed on rebec and harp. 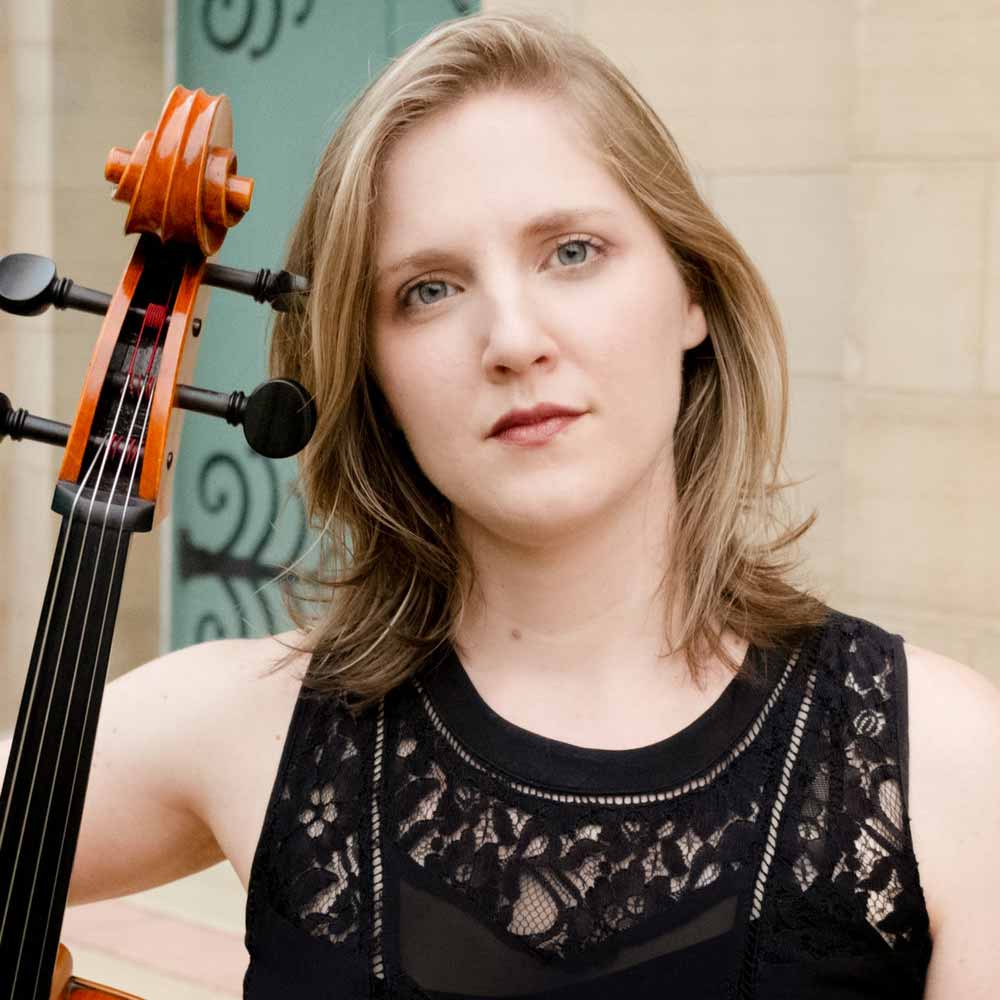 Cellist and gambist Rebecca Landell Reed’s “luminous” (Cleveland.com) and “notable” (The New York Times) sound elicits a range of expression “from classically evocative to Hitchcock horrifying” (Washingtonian). She enjoys a varied performing career as a soloist and chamber musician with groups like Apollo’s Fire and Three Notch’d Road, as well as collaborating with a variety of artists creating experimental programs.

During her undergraduate work at Oberlin Conservatory, Rebecca was classically trained on cello with Darrett Adkins and explored historical performance practice on Baroque cello and viola da gamba with Catherina Meints. Inspired to broaden her expressive range, she incorporated classes in acting and education while completing her master’s degree with Norman Fischer at Rice University. She later moved to Holland to work with Steuart Pincombe, creating innovative programs in unusual performance venues.

Rebecca pursues a varied professional career, such as performing and acting in Studio Theatre’s An Iliad, working with composer Eric Shimelonis on the NPR children’s show Circle Round, developing educational programs with the Crumhorn Collective, and creating unique artistic combinations with artists like filmmaker Mathias Reed and poet Derek Gromadzki. Her solo appearances on cello and viola da gamba include performances with Apollo’s Fire, Atlanta Baroque Orchestra, Vermont Symphony Orchestra, Three Notch’d Road, and Batzdorfer Hofkapelle. She can be heard on recordings with Three Notch’d Road and Apollo’s Fire, including the 2019 GRAMMY® Award winning recording Songs of Orpheus. Rebecca is currently based in Oberlin, Ohio, where she teaches cello and viola da gamba and performs regularly with Apollo’s Fire, Akron Symphony, and Ashland Symphony.