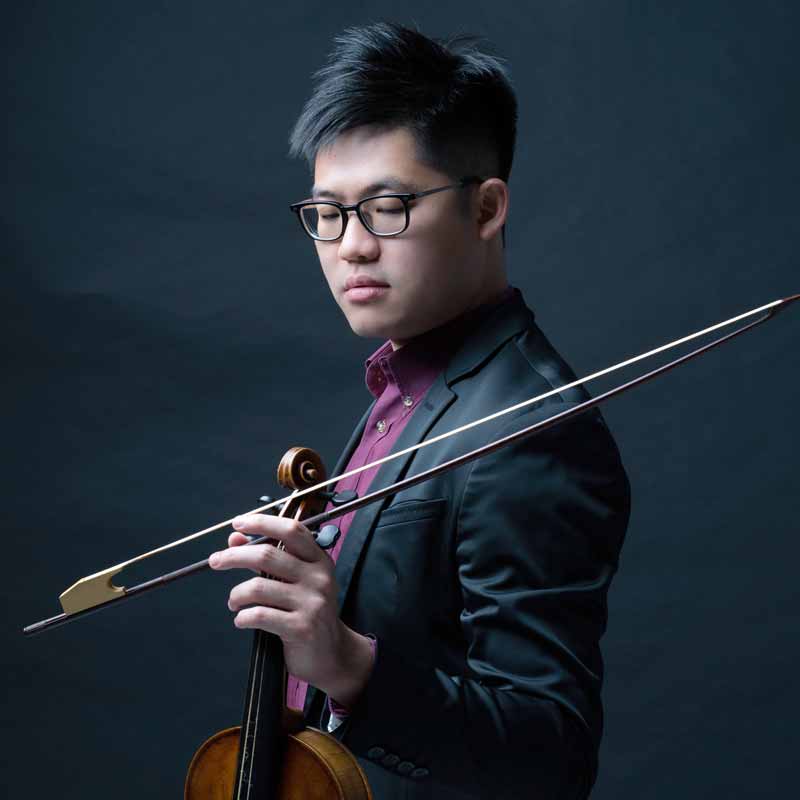 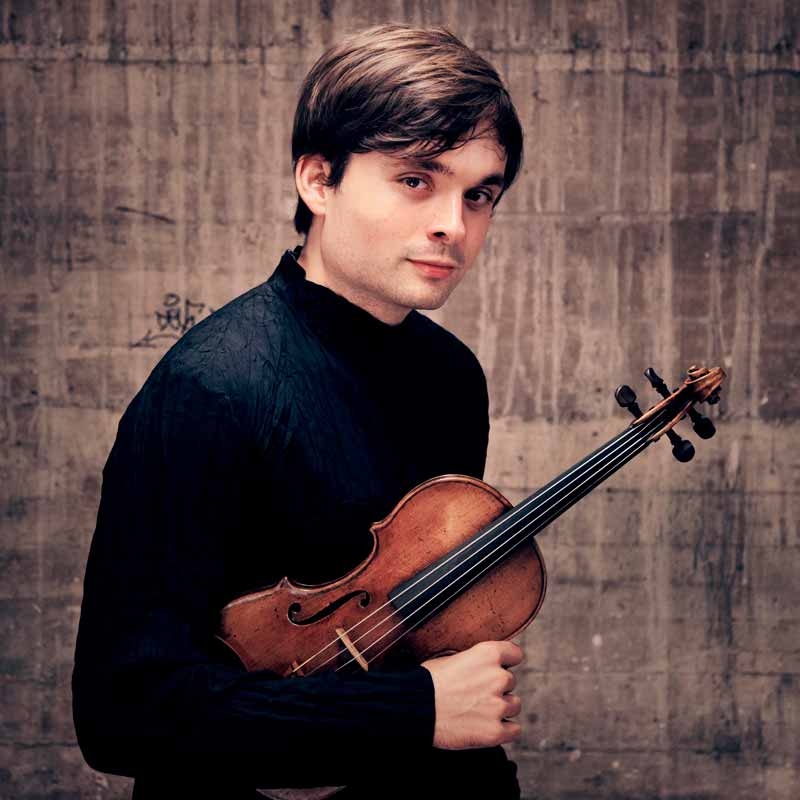 “A rising young virtuoso of outstanding potential” – The Violin Channel

Spanish-born violinist Francisco Fullana is one of the first international solo violinists to fully embrace and absorb the baroque language of historical performance. Hailed as a “rising star” (BBC Music Magazine), he is the winner of four international violin competitions as well as an Avery Fisher Career Grant. His Carnegie Hall recital debut was noted for its “joy and playfulness in collaboration … it was perfection” (New York Concert Review).

As Artist-in-Residence with Apollo’s Fire, he performs with the GRAMMY-winning period band in 17 concerts during 2021-22, including at Carnegie Hall in March and at Cleveland’s Severance Hall in May. He also shares his love of music and his immigrant story with youth at several Spanish-speaking public schools in Cleveland and Chicago, in collaboration with AF musicians.

Born into a family of educators, Francisco was raised in Mallorca and Madrid and was recognized in Spain as a prodigy. He moved to the U.S. at the age of 16 (as an unaccompanied minor) to study at The Juilliard School. His primary teachers and mentors for the next 8 years were Donald Weilerstein, Masao Kawasaki, and Midori.

His lifelong fascination with baroque music has influenced both of his prior recordings: his 2018 debut album, Through the Lens of Time (Orchid Classics) and his 2021 solo album, Bach’s Long Shadow, which juxtaposes Bach Partitas on gut strings and baroque setup with virtuoso solo violin works from the next three centuries.

As a concerto soloist, his engagements have included the Bayerische Philharmonie, the Münchner Rundfunkorchester, the City of Birmingham Symphony, Vancouver Symphony, and the St Paul Chamber Orchestra, among others.

As a chamber musician, Francisco is a Bowers Program Artist at the Chamber Music Society of Lincoln Center. His many performances have included the Marlboro Festival and the Perlman Music Program, as well as collaborations with Mitsuko Uchida and members of the Guarneri, Juilliard, Pacifica, Takács, and Cleveland quartets.

Using gut strings and a baroque bow, Francisco performs on the 1735 “Mary Portman” ex-Kreisler Guarneri del Gesù violin, on loan from Clement and Karen Arrison through the Stradivari Society of Chicago.

Cellist René Schiffer is praised for his “interpretive imagination and patrician command of the cello” (The Cleveland Plain Dealer). He is a native of Holland where he was a protégé of Anner Bijlsma. He later studied baroque cello with Jaap ter Linden and viola da gamba with Catharina Meints. As a member of Sigiswald Kuijken’s La Petite Bande for sixteen years, he toured four continents and appeared many times on European television. He has also performed with the Amsterdam Baroque Orchestra, Les Musiciens du Louvre, and in over forty projects with Tafelmusik of Toronto. As a concerto soloist, he has appeared throughout North America and Europe, including such venues as the Royal Theatre of Madrid, and can be heard on acclaimed CD recordings of the Vivaldi Concerto for Two Cellos and the Tango Concerto for Two Gambas (his own composition) on British label AVIE. As a chamber musician, he has performed at the renowned baroque festivals of Utrecht and Bruges, as well as the Flanders Festival and Versailles. He can be heard on more than forty CD recordings, on the Harmonia Mundi, Philips, Virgin Classics, Erato, Sony, and AVIE labels. He serves on the faculty of the Cleveland Institute of Music as Teacher of Baroque Cello, and has given masterclasses and coachings for the New World Symphony (Miami), the University of Michigan, Oberlin Conservatory, and Cincinnati College-Conservatory. 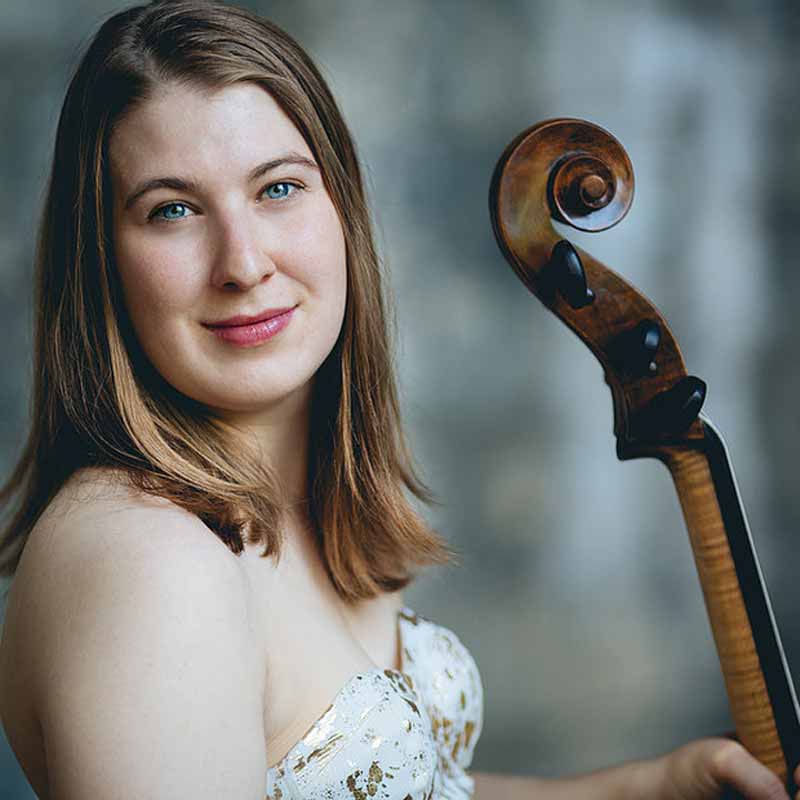 A curiosity in the cultural background behind the music she plays led Sarah Stone to baroque cello and viola da gamba. Starting March 19th, 2020 Sarah recorded a movement of Bach daily from her NYC apartment as the city sheltered in place, in a solo project that she calls Bach Everyday. “The show is not over… Questlove keeps spinning into the early morning. Sir Patrick Stewart has been reading a Shakespeare sonnet every day. Sarah Stone, who plays cello and viola da gamba, has stuck to her “Bach Everyday” performances from her apartment in New York City. Since March 19, she’s done a Bach Chorale each day.” (Geoff Edgers, The Washington Post, June 10, 2020). Bach Everyday has included all the chorales from the St. John Passion for Easter, a movement from every Bach Cantata in order of BWVs, the 6 parts of the Christmas Oratorio BWV 248 for the holiday season, The Magnificat, Art of the Fugue, Two-Part Inventions, the Sarabandes from the 6 Cello Suites, and for her finale, the B Minor Mass. After over 375 days, her ritual of recording and sharing Bach daily has been featured in the Washington Post, The Greene Space (WNYC) and Early Music America.

In 2019 and 2020, she brought early music into the classroom, playing in New York City and Connecticut public schools through the outreach program of The American Classical Orchestra. Recent seasons have included performances in the Kennedy Center with Opera Lafayette and Vivaldi Double Cello Concerto on tour with Apollo’s Fire. Sarah performs around the country with Seraphic Fire, Washington National Cathedral, Repast Baroque, Trinity Baroque Orchestra, and New York Baroque Incorporated. During the summer months, Sarah is a part of Teatro Nuovo, performing unconducted bel canto operas, and travels to Portland, Maine, where she makes music in unconventional venues as a part of The Portland Bach Experience.

Sarah thinks bringing early music to unexpected places is important; she is an active board member of Bitterroot Baroque, a presenting organization in Hamilton, Montana that brings in period ensembles and musicians to perform and work with locals in early music workshops. In her home-base of Long Island City, Queens, she curates a free monthly series, Communitea Chamber Music.

Sarah holds a Masters in Historical Performance from the Juilliard School, a Masters from San Francisco Conservatory of Music, and a Bachelors of Music from Rice University with studies with Norman Fischer, Jean-Michel Fonteneau, Mara Finkelstein, Elizabeth Reed, Sarah Cunningham, and Phoebe Carrai. 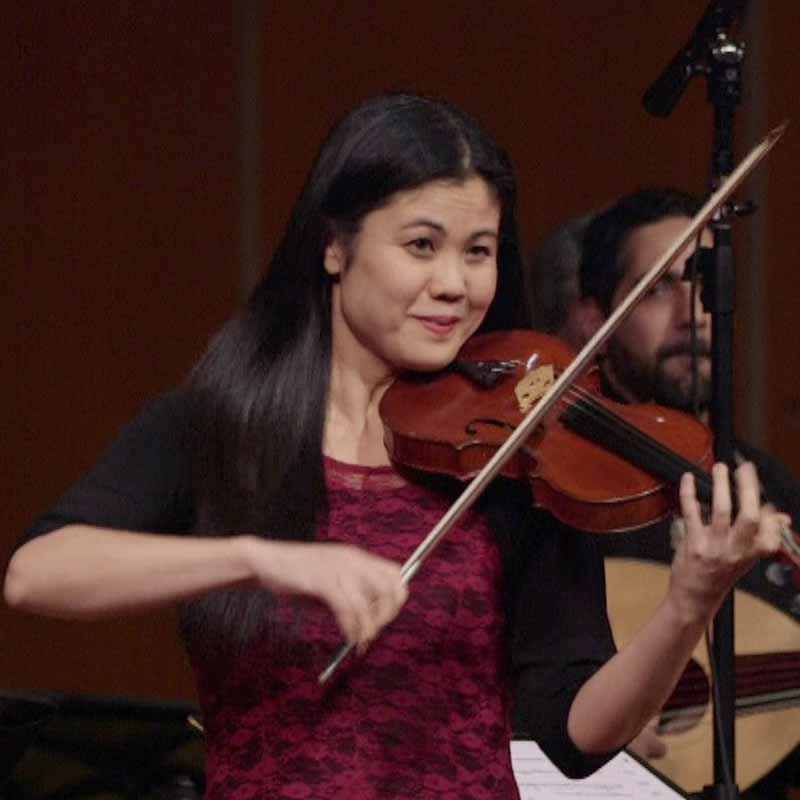 Violinist Emi Tanabe enjoys a multi-faceted career as a baroque violinist and a solo crossover artist. In addition to being a core member of Apollo’s Fire, she performs with the Haymarket Opera Company and Third Coast Baroque in Chicago. With Apollo’s Fire she has performed on tour across the U.S. and Europe. Her facility with world music styles and improvisation has led to many solo violin performances with Tango, Flamenco, Celtic, and Jazz ensembles across the country. She has appeared with such groups as the renowned Surabhi Ensemble, the GRAMMY®-nominated children’s music band Wendy&DB, and the theater/dinner production “Teatro ZinZanni.” Emi is a native of Japan, and holds degrees in violin performance from the University of North Texas and Roosevelt University.