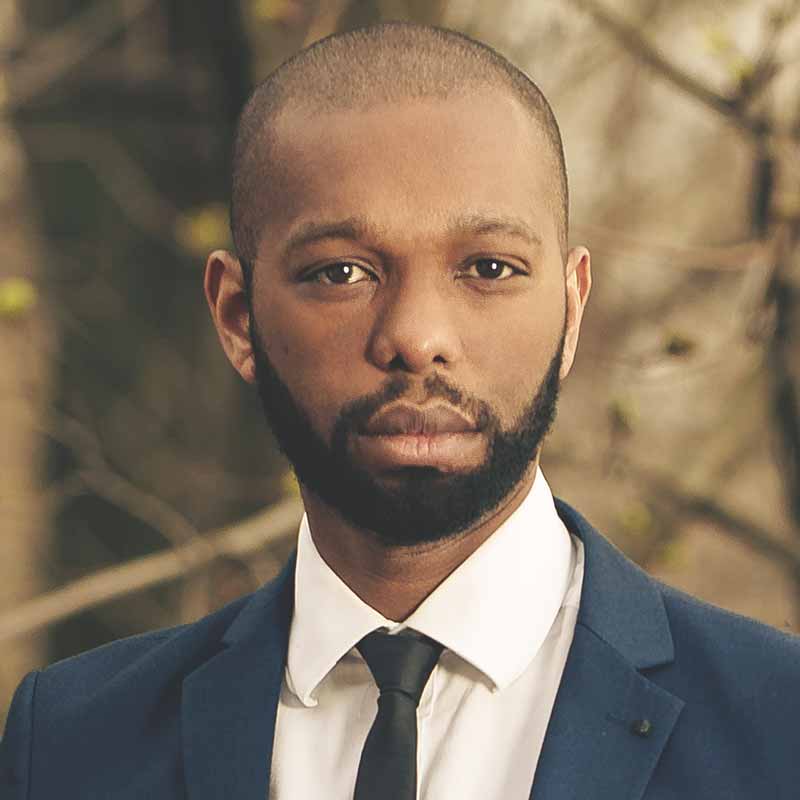 Jonathan Woody, bass-baritone and composer, has been praised as “charismatic” and “riveting” (New York Times). In addition to performing in two national tours with Apollo’s Fire – the Monteverdi Vespers in 2014 and Monteverdi’s L’Orfeo in 2018 – he has appeared as soloist with period groups such as the Boston Early Music Festival, Tafelmusik, Trinity Wall Street, New York Polyphony, Bach Collegium San Diego, and New York Baroque Incorporated. Festival appearances include the Britten-Pears Young Artist Programme at the Aldeburgh Festival (UK), Carmel Bach Festival (as 2013 Adams Fellow), and the Oregon Bach Festival (as 2014 Vocal Fellow).

An avid performer of new music, Jonathan has premiered Ted Hearne’s The Source (2014), a seminal work on the subject of Chelsea Manning’s actions regarding the leak of classified U.S. documents. He is also featured on the cast recording of that work (New Amsterdam) and has reprised it in 2016 at LA Opera’s REDCAT and SF Opera Lab in 2017. Other recent premieres include works by Ellen Reid (p r i s m); the NYC premiere of Missy Mazzoli’s Breaking the Waves, and Du Yun’s Pulitzer-Prize winning Angel’s Bone. Jonathan can be heard on CD recordings with the Boston Early Music Festival, New York Polyphony, and Trinity Wall Street. As a composer, he has been commissioned for groups including the Handel & Haydn Society and the Uncommon Music Festival.