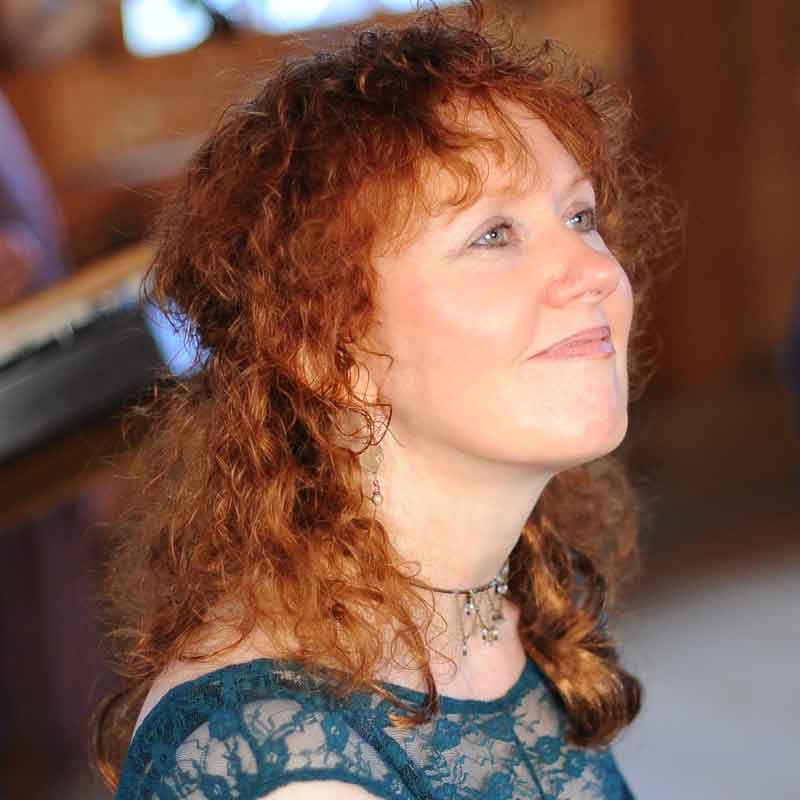 GRAMMY®-winning conductor Jeannette Sorrell is recognized internationally as one of today’s most compelling interpreters of Baroque and Classical repertoire,
and a leading creative voice in the exploration of historical folk music traditions. She is the subject of the 2019 documentary by Academy award-winning director
Allan Miller, titled PLAYING WITH FIRE. She studied conducting at the Aspen and the Tanglewood music festivals under Leonard Bernstein and Roger
Norrington and harpsichord with Gustav Leonhardt in Amsterdam. She won First Prize in the Spivey International Harpsichord Competition, competing against over 70 harpsichordists from 4 continents.

She is the founder of APOLLO’S FIRE and has led the renowned ensemble as conductor and harpsichord soloist at London’s BBC Proms, Carnegie Hall, Madrid’s Royal Theatre, London’s Wigmore Hall, and the Tanglewood and Boston Early Music festivals, among others. Sorrell and Apollo’s Fire have released 29 commercial CDs, including 11 bestsellers on the Billboard classical chart and a 2019 GRAMMY® winner.

Hailed as “a masterful musical storyteller” (SEEN & HEARD INTERNATIONAL), Sorrell has attracted national attention and awards for creative programming, particularly exploring the crossroads of early music and folk traditions. With Apollo’s Fire, she is a two-time recipient of the prestigious “American Masterpieces” grant from the National Endowment for the Arts for the research and production of early American music. Her awards include an honorary doctorate from Case Western Reserve University and the Noah Greenberg Award from the American Musicological Society, given for her work in reconstructing early American repertoire. As a teenager, she lived in the rural Shenandoah Valley, where she grew to love Appalachian music and Southern harmony. In her programs exploring folk traditions, she tries to help American listeners reconnect with the beauty of our shared roots as immigrants.