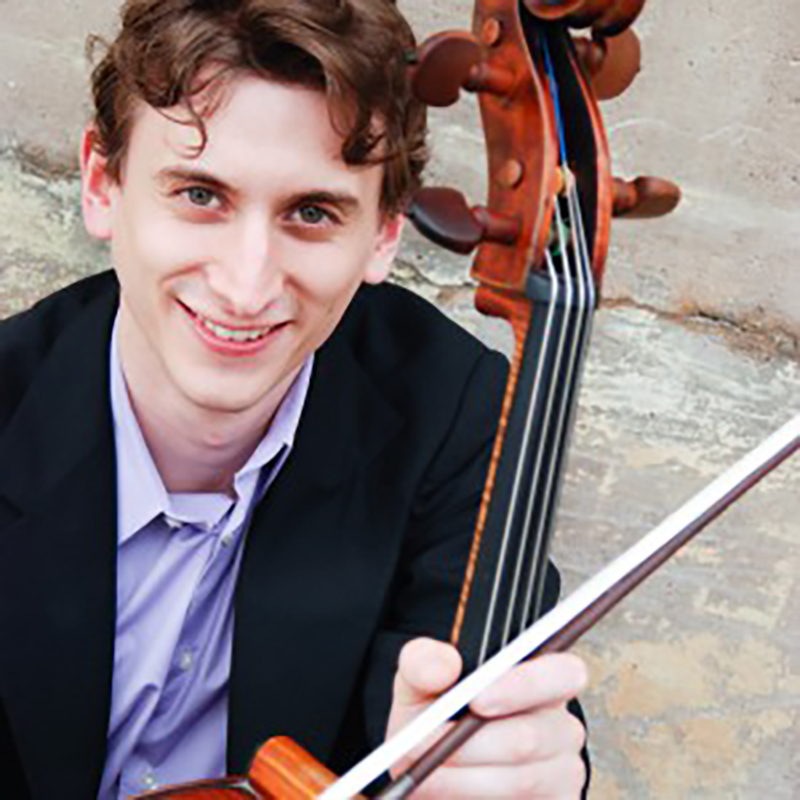 Hailed for his “scampering virtuosity” (American Record Guide) and “superb” playing (The New York Times), cellist Ezra Seltzer is the principal cellist of the Trinity Baroque Orchestra, New York Baroque Incorporated, and Early Music New York and a founding member of the Sebastians. He has frequently appeared as guest principal cellist of Musica Angelica and the St. Paul Chamber Orchestra, where he earned praise for his “delicate elegance and rambunctious spirit” (Twin Cities Pioneer Press) in performances of all six Brandenburg Concertos. Other performances with the SPCO include Handel’s Messiah with Jonathan Cohen and J.S. Bach’s St. Matthew Passion with Paul McCreesh. With Musica Angelica, he appeared in performances of J.S. Bach’s St. John Passion in Walt Disney Concert Hall with the Los Angeles Master Chorale, and also performed in an international tour with soprano Emma Kirkby and countertenor Daniel Taylor. He attended Yale University, where he received his Bachelor of Arts in history and Master of Music in cello, and graduated from the inaugural class of Juilliard’s historical performance program.