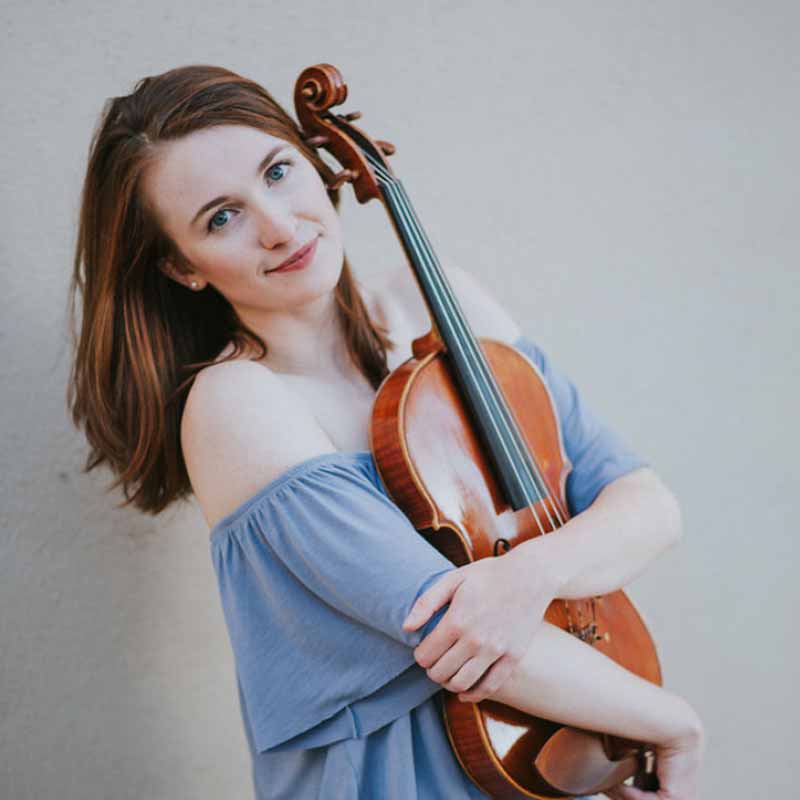 Violist, violinist, and folk musician based in Youngstown, Ohio, Caitlin Hedge serves as Principal Viola of Opera Western Reserve and the Warren Philharmonic, and performs with the Youngstown Symphony, Wheeling Symphony, Butler County Symphony, Ashland Symphony, and Mansfield Symphony. She has performed with Celtic Woman, Evanescence, and Trans-Siberian Orchestra, and has won several awards for her fiddle playing, including first place in the 2013 Edinboro Scottish Highland Games Regional Competition. Her locally-based Greek blues/Americana group, Demos Papadimas and His Band, have recorded three studio albums together and were featured artists on Canton Symphony Orchestra’s 2019 Divergent Sound Series. Ms. Hedge is an alum of Youngstown State University and Baldwin Wallace University, and has served on faculty at YSU’s Dana School of Music and the Aurora School of Music. She is currently pursuing her MA in Historical Performance Practice at Case Western Reserve University, studying baroque violin with Julie Andrijeski. She will release her debut album of original folk music in 2022.