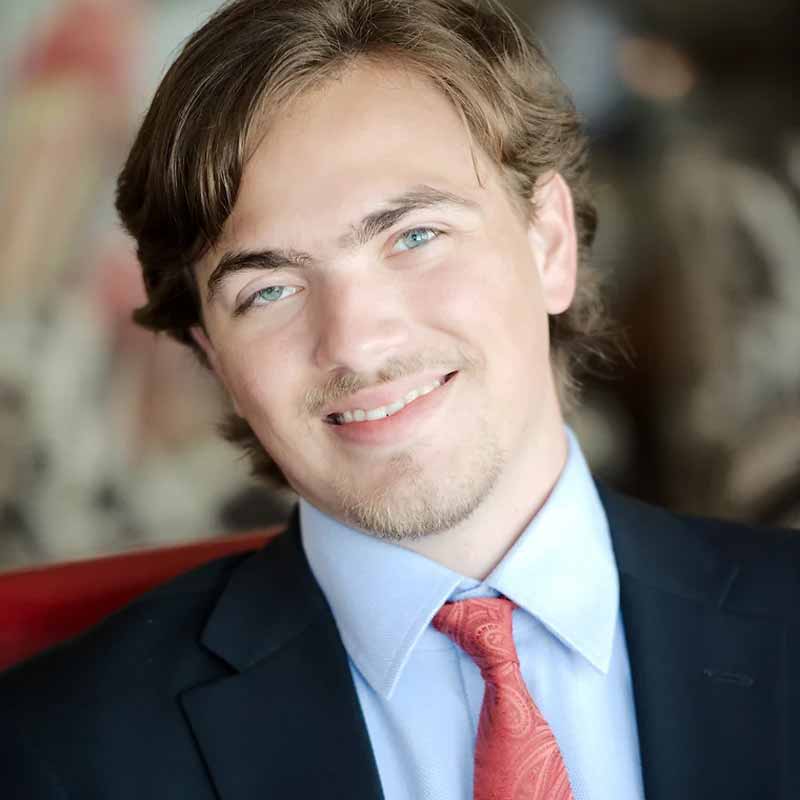 Bradley King, tenor, guitar, and bouzouki, is quickly establishing himself as one of the most versatile young singers on the East coast. As an early-music tenor, he has performed with the Boston Early Music Festival, the Rose Ensemble, the renowned renaissance vocal ensemble Pomerium, and the period ensemble Mountainside Baroque (Maryland), among others. He joined the Apollo’s Fire chorus in 2021 for Messiah performances in collaboration with the New York Philharmonic. On the opera and musical theatre stage, he has performed diverse roles ranging from Colin in the 18th-century opera Le Devin du Village by Jean-Jacques Rousseau, to Anthony in Sondheim’s Sweeney Todd. Bradley holds degrees in vocal performance and choral conducting from DePauw University and the University of North Texas.