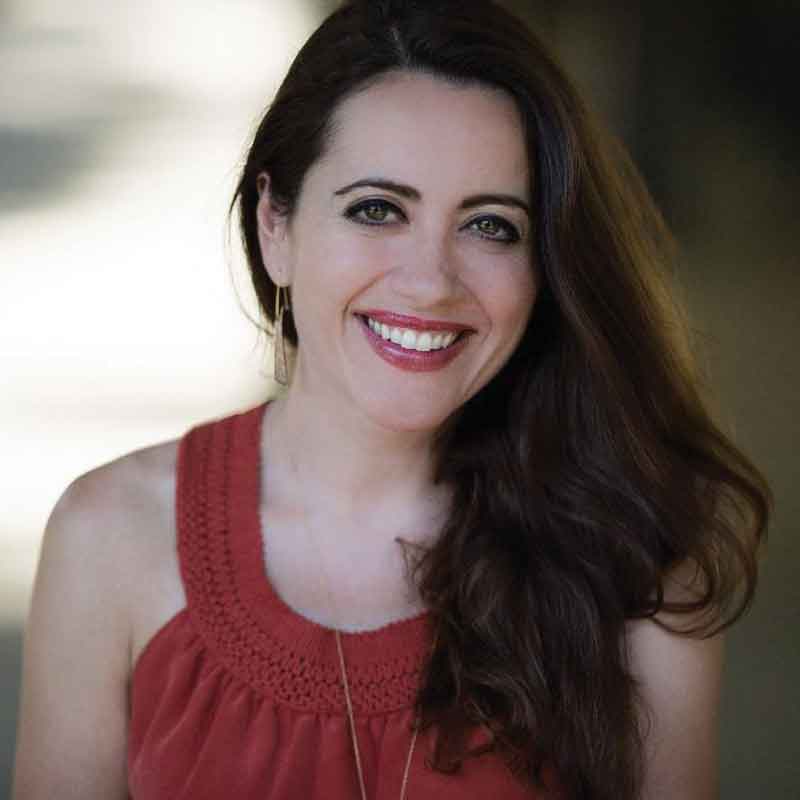 The American soprano Amanda Forsythe, highly praised for her performances on both sides of the Atlantic, sang Euridice on the recording of Charpentier’s La descente d’Orphée aux enfers with the Boston Early Music Festival which won the 2015 GRAMMY AWARD for Best Opera Recording. Her highly acclaimed CDs have included her début solo album of Handel arias “The Power of Love” with Apollo’s Fire on the Avie label. She recently toured with the outstanding French countertenor Philippe Jaroussky, performing works based on the Orfeo myth, and subsequently recorded the role of Euridice in a new edition of Gluck’s Orfeo for the ERATO label.

Equally at home on the concert platform and on the opera stage, in recent seasons Amanda Forsythe’s major engagements have included Mendelssohn’s A Midsummer Night’s Dream with the Boston Symphony under Andris Nelsons and the Los Angeles Philharmonic under Susanna Mälkki, Handel’s Sileti venti and Laudate pueri with the Chicago Symphony Orchestra under Nicholas Kraemer, Messiah with Seattle Symphony, Bach’s Magnificat and concert performances as Marzelline Fidelio with the Accademia Nazionale di Santa Cecilia under Sir Antonio Pappano. Following performances as Amour in Gluck’s Orphée at London’s Royal Opera House, she participated in tours of this work, and of Mozart’s C Minor Mass and Requiem with the Monteverdi Choir and Orchestra under Sir John Eliot Gardiner.

She is a regular soloist with the highly acclaimed baroque ensembles Philharmonia Baroque Orchestra (PBO), Apollo’s Fire, Handel and Haydn Society, Boston Baroque, Pacific Musicworks, the Boston Early Music Festival, and the Monteverdi Choir and Orchestra. She sang the title role of Teseo with PBO at the Tanglewood and Mostly Mozart Festivals under Nicholas McGegan, and made her début at the Oregon Bach Festival in Bach’s Mass in B Minor and Magnificat under Matthew Halls.

She made her European operatic début in the role of Corinna Il viaggio a Reims at the Rossini Opera Festival in Pesaro, subsequently returning to perform Rosalia L’equivoco stravagante, and Jemmy Guillaume Tell, described by one critic as “…the best singing of this crucial part I’ve ever encountered…”. At her invitation, Amanda Forsythe joined the distinguished American mezzo soprano Joyce di Donato in a performance of Bellini duets in the festival’s ‘Malibran’ recital.

Amanda Forsythe’s recordings include Venus Venus and Adonis, Aglaure in Lully’s Psyché, and La Grande Pretresse in Lully’s Thésée with the Boston Early Music Festival (all for CPO), Manto in Steffani’s Niobe with BEMF (Erato), the title role in Handel’s Teseo with Philharmonia Baroque (PBO’s own label), Bach’s St. John Passion and Messiah with Apollo’s Fire (Avie), Dorinda Handel’s Orlando with Early Music Vancouver (ATMA) and Haydn’s Creation with Boston Baroque (Linn). She also sings on the DVD recordings of the Pesaro productions of L’equivoco stravagante and Guillaume Tell as well as Manto in the Royal Opera production of Steffani’s Niobe (Opus Arte). Her latest CD of Steffani duets with the Boston Early Music Festival was awarded the Diapason d’Or in January 2018.