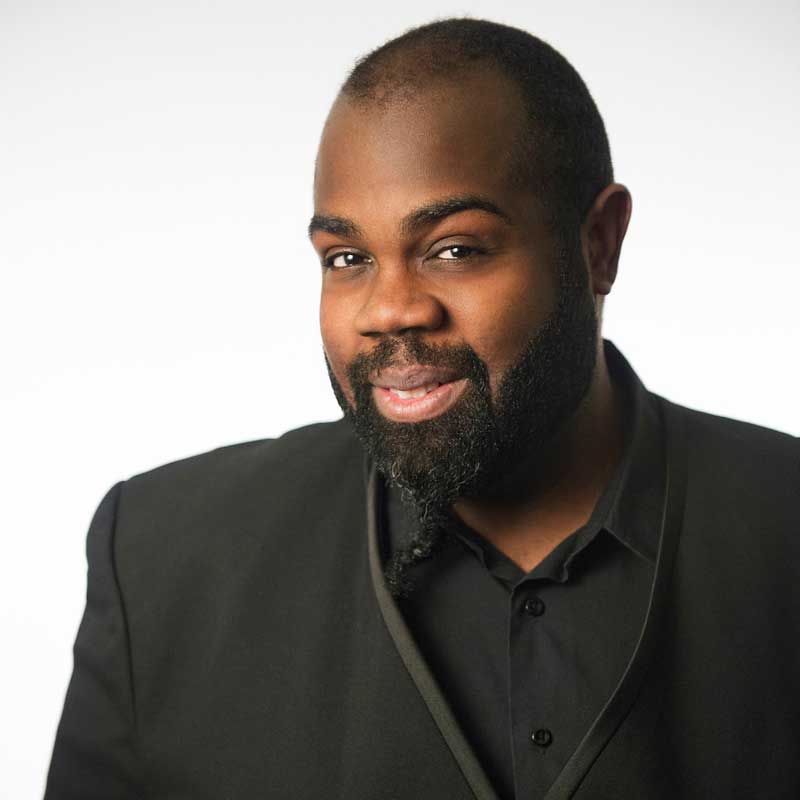 Reggie Mobley, countertenor and AF’s Visiting Artist for Outreach, is in demand as a soloist on both sides of the Atlantic. His European engagements include the Academy of Ancient Music, the English Baroque Soloists & Monteverdi Choir (John Elliot Gardiner), the Royal Scottish National Orchestra, Freiburg Baroque Orchestra, BachAkademie Stuttgart, and Bachfest Leipzig. In North America, he has performed with the Seattle Symphony, the St. Paul Chamber Orchestra, Philharmonia Baroque, the Handel & Haydn Society (Boston), Calgary Philharmonic, and the Boston Early Music Festival, among others.

With roots in the Deep South and the struggles of the black community, Reggie is dedicated to helping the classical music industry overcome its inequality issues regarding race, gender, and sexuality. A strong devotion to social and political activism is part of Reggie’s everyday life, adding to his strength in reaching diverse communities. His outreach experience includes designing programs of music by 18th-century African composers who worked in Europe. A versatile artist, Reggie worked for two years as a singer/actor for Tokyo Disney in Japan. He has performed cabaret shows of gospel, jazz, and torch songs in jazz clubs. He serves as a programming consultant for the Handel & Haydn Society, where he directs the “Every Voice” program.