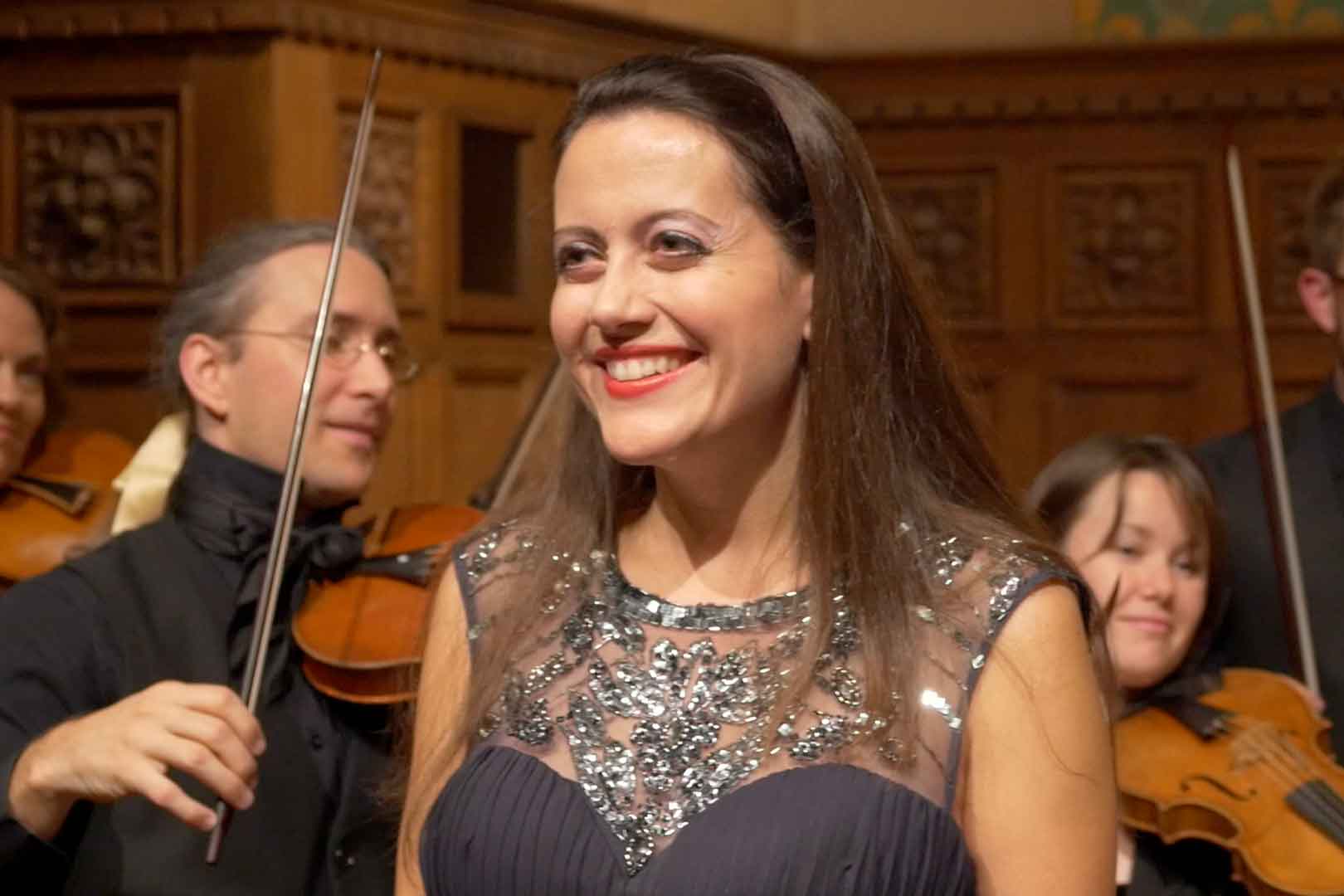 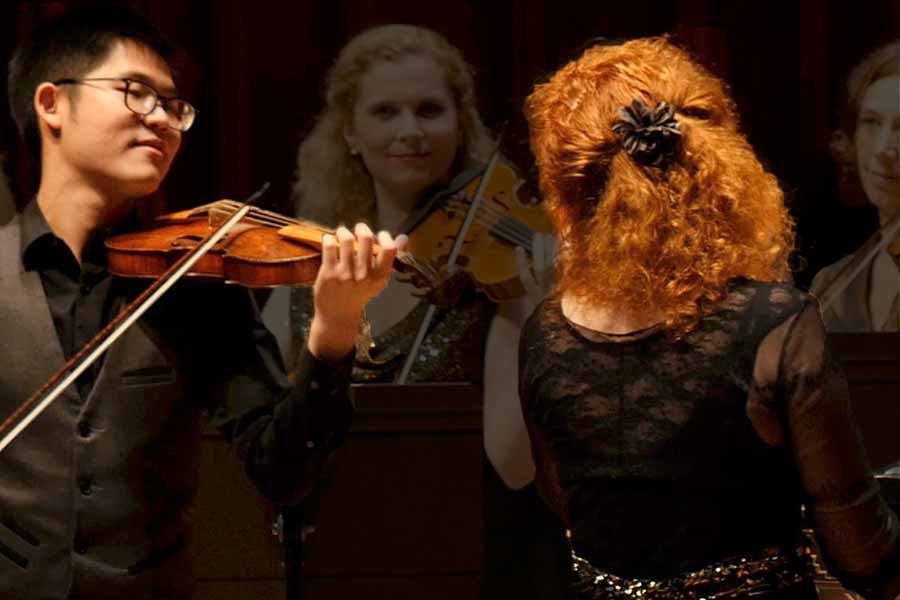 
Apollo’s Fire ends the season in an explosion of virtuoso fireworks. Bach’s famously fiery Concerto in D Minor is usually heard on keyboard, but was originally intended for violin (and is even better that way!) Acclaimed soprano Amanda Forsythe returns for AF’s first-ever performance of Bach’s sparkling “Jauchzet” cantata, featuring dazzling coloratura for soprano and trumpet. The AF strings take the spotlight in the beloved Brandenburg Concerto no. 3.

Watch this lively lecture with our visiting scholar at home anytime beginning Tuesday, 4/20. And join the live Q&A with our artists via Zoom, Saturday, 4/24 at 1:00pm. A ZOOM link will be sent to all ticket holders for these concerts.

Meet 2-3 of the featured the artists in our new Q&A ZOOM discussions – Sunday 4/25 (for patrons who attend the live concert) and Friday, 5/14 at 7:30pm (for patrons who watch the video at home). Sit down with a glass of wine for 30 minutes and toast the musicians on their performance! 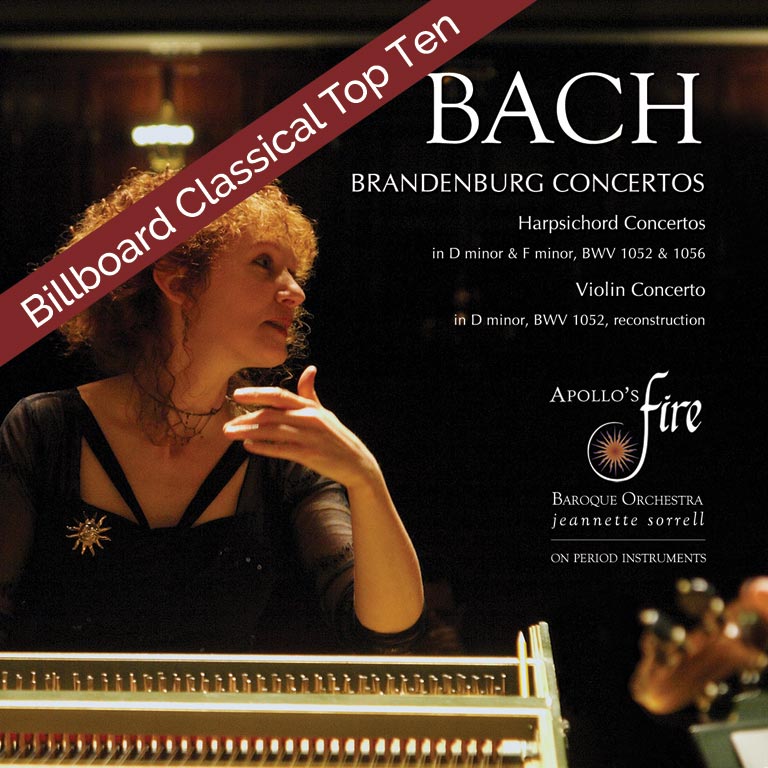 Fireworks on the Elbe on the Occasion of the Visit of the King of De­nmark, 6 June 1709, c.1709, Fritzsche, C. H. (fl.c.1709) / © Staatliche Kunstsammlungen, Dresden, Germany / Herbert Boswank / Bridgeman Images
ShareFacebookTwitterEmail 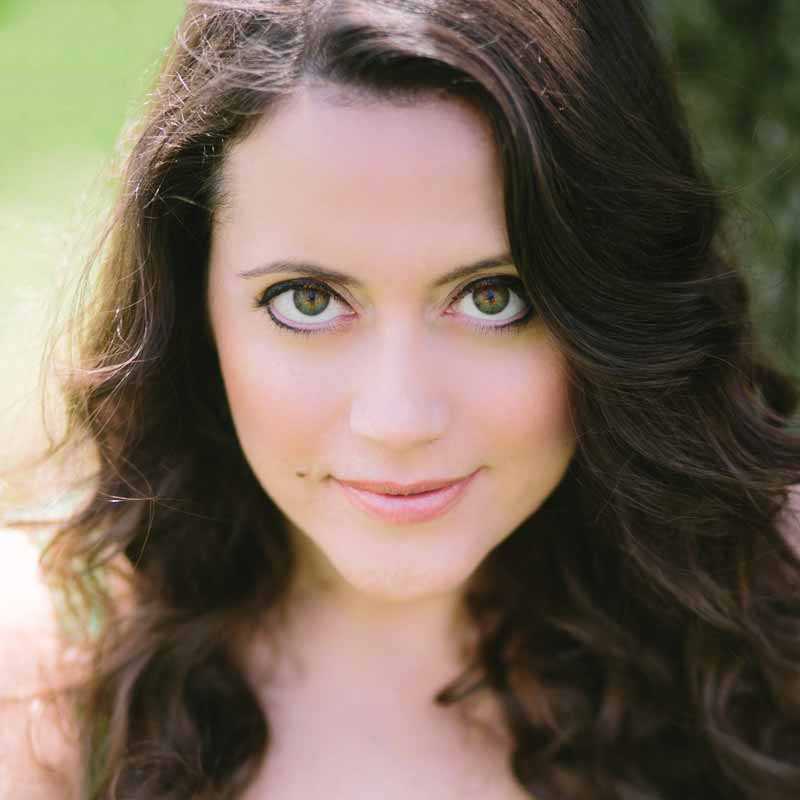 The American soprano Amanda Forsythe, highly praised for her performances on both sides of the Atlantic, sang Euridice on the recording of Charpentier’s La descente d’Orphée aux enfers with the Boston Early Music Festival which won the 2015 GRAMMY® AWARD for Best Opera Recording. Her highly acclaimed CDs have included her début solo album of Handel arias “The Power of Love” with Apollo’s Fire on the AVIE label. She recently toured with the outstanding French countertenor Philippe Jaroussky, performing works based on the Orfeo myth, and subsequently recorded the role of Euridice in a new edition of Gluck’s Orfeo for the ERATO label.

Equally at home on the concert platform and on the opera stage, in recent seasons Amanda Forsythe’s major engagements have included Mendelssohn’s A Midsummer Night’s Dream with the Boston Symphony under Andris Nelsons and the Los Angeles Philharmonic under Susanna Mälkki, Handel’s Sileti venti and Laudate pueri with the Chicago Symphony Orchestra under Nicholas Kraemer, Messiah with Seattle Symphony, Bach’s Magnificat and concert performances as Marzelline Fidelio with the Accademia Nazionale di Santa Cecilia under Sir Antonio Pappano. Following performances as Amour in Gluck’s Orphée at London’s Royal Opera House, she participated in tours of this work, and of Mozart’s C Minor Mass and Requiem with the Monteverdi Choir and Orchestra under Sir John Eliot Gardiner.

She is a regular soloist with the highly acclaimed baroque ensembles Philharmonia Baroque Orchestra (PBO), Apollo’s Fire, Handel and Haydn Society, Boston Baroque, Pacific Musicworks, the Boston Early Music Festival, and the Monteverdi Choir and Orchestra. She sang the title role of Teseo with PBO at the Tanglewood and Mostly Mozart Festivals under Nicholas McGegan, and made her début at the Oregon Bach Festival in Bach’s Mass in B Minor and Magnificat under Matthew Halls.

Amanda Forsythe made her USA stage début with the Boston Early Music Festival, where her many roles have included Poppea and Drusilla L’incoronazione di Poppea, Niobe and Manto (recording) in Steffani’s Niobe, regina di Tebe, Aglaure in Psyché (Lully), Venus in Venus and Adonis (John Blow), Pallas in The Judgment of Paris (Eccles), Isabelle in Le Carnaval de Venise (Campra), Serpina in La serva padrona and Edilia in Almira, Königin von Castilien, for which she received rave reviews. Having made her début at Seattle Opera as Iris in Semele, Amanda Forsythe recently returned there to sing Pamina in Die Zauberflöte. Her operatic repertoire also includes Poppea in Agrippina, the title role in Partenope, Dorinda in Orlando, Amenaide in Tancredi, Bastienne in Bastien und Bastienne, Ninfa/Proserpina in Orfeo, Amore in Il ritorno d’Ulisse in patria, Oberto in Alcina, Dafne in Apollo e Dafne, Atalanta in Xerxes, Vagaus in Juditha Triumphans and roles in Les Indes Galantes and The Fairy Queen.

She made her European operatic début in the role of Corinna in Il viaggio a Reims at the Rossini Opera Festival in Pesaro, subsequently returning to perform Rosalia in L’equivoco stravagante, and Jemmy in Guillaume Tell, described by one critic as “…the best singing of this crucial part I’ve ever encountered…”. At her invitation, Amanda Forsythe joined the distinguished American mezzo-soprano Joyce di Donato in a performance of Bellini duets in the festival’s ‘Malibran’ recital.

Major European opera house engagements have included Dalinda in Ariodante in Geneva and Munich and Barbarina in Le nozze di Figaro, Manto in Steffani’s Niobe, regina di Tebe, Amour in Gluck’s Orphée and Nannetta in Falstaff at London’s Royal Opera House. Her performance as Nannetta was described by Gramophone Magazine as “meltingly beautiful”.

Amanda Forsythe’s recordings include Venus in Venus and Adonis, Aglaure in Lully’s Psyché, and La Grande Pretresse in Lully’s Thésée with the Boston Early Music Festival (all for CPO), Manto in Steffani’s Niobe with BEMF (Erato), the title role in Handel’s Teseo with Philharmonia Baroque (PBO’s own label), Bach’s St. John Passion and Messiah with Apollo’s Fire (AVIE), Dorinda Handel’s Orlando with Early Music Vancouver (ATMA) and Haydn’s Creation with Boston Baroque (Linn). She also sings on the DVD recordings of the Pesaro productions of L’equivoco stravagante and Guillaume Tell as well as Manto in the Royal Opera production of Steffani’s Niobe (Opus Arte). Her latest CD of Steffani duets with the Boston Early Music Festival was awarded the Diapason d’Or in January 2018.

Singaporean violinist Alan Choo has established himself on the global stage as a leading soloist, chamber musician and historical specialist. He made his solo debut with the Grammy Award-winning baroque orchestra, Apollo’s Fire, at the Tanglewood and Ravinia Music Festivals in 2017, and currently serves as Artistic Leadership Fellow for the ensemble, where he takes on soloist, concertmaster and guest director roles for the 2019-20 season. He is also Founder and Artistic Director of Red Dot Baroque, Singapore’s first professional period ensemble, which has enjoyed multiple sold-out concerts and critical acclaim since their formation in August 2018. In May 2019 he was invited as guest concertmaster and soloist with the Shanghai-based baroque ensemble, Shanghai Camerata.

As a modern violinist, Alan has appeared as a soloist with the St. Petersburg Symphony Orchestra, Singapore Symphony Orchestra, Singapore Chinese Orchestra, Orchestra of the Music Makers and more. A proponent of contemporary music, Alan is co-founder of SG Inspirations, a project dedicated to performing works by Singaporean composers. In 2015, he recorded the SG Inspirations commemorative CD album with pianist Lin Hengyue as a gift to their nation on Singapore’s 50th anniversary. His piano trio Trio Phoenix combines both worlds of early and contemporary music by performing works by living composers and exploring the wealth of baroque repertoire performed with stylistic awareness on modern instruments. The trio completed their Asia Summer Tour in 2015 to critical acclaim, with repertoire ranging from Jean-Philippe Rameau to Alfred Schnittke, and were guest artists at the Lexington Bach Festival 2017.

Alan’s achievements in all areas of performance have earned him awards such as the Early Music Award 2016 from Peabody Conservatory, the Paul Abisheganaden Grant for Artistic Excellence 2015, the Goh Soon Tioe Centenary Award 2014, the Grace Clagett Ranney Prize in Chamber Music 2014 and 1st prize in the National Piano and Violin Competition 2011, Artist Category. He has also given masterclasses and lectures in violin performance, performance practice and stage presence to college students at Baldwin-Wallace College, Bowling Green State University, Yong Siew Toh Conservatory and Nanyang Academy of Fine Arts.

A graduate of the Yong Siew Toh Conservatory and Peabody Conservatory, Alan is currently in his final year at Case Western Reserve University pursuing a Doctorate in Historical Performance Practice under Julie Andrijeski. His past teachers include Victor Danchenko, Alexander Souptel and Risa Browder.