PRE-CONCERT TALK by Don Rosenberg, one hour before each performance.

*SATURDAY NIGHT: Kaffee mit schlag along with German sweet treats set the mood for a lively Q&A with the musicians! FREE! 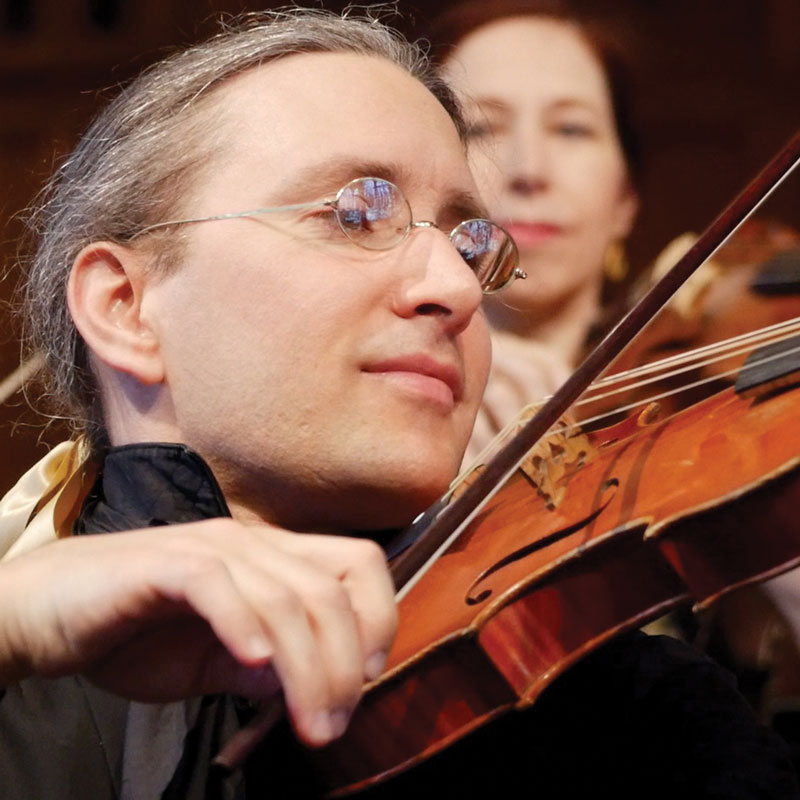 hails from Terrebonne in Québec and brings communicative enthusiasm and scholarship to concerts throughout North America and Europe. In addition to directing the chamber ensemble Sonate 1704, he performs as Music Director with Les Goûts Réunis in Luxembourg, as a member of Four Nations Ensemble in New York, and as soloist with many Montréal-based ensembles including the Ensemble Caprice, Les Boréades de Montréal, Quatuor Franz Joseph, and Les Idées heureuses. He holds a Doctorate from the Université de Montréal, where he specialized in 18th-century violin repertoire. He has led workshops and masterclasses at the Conservatoire de Musique de Montréal, CWRU, Oberlin Conservatory, Penn State University, University of Michigan, the Conservatoire Royal de Musique de Bruxelles and The Conservatoire National Supérieur de Musique et de Danse de Paris. He has participated in over 65 recordings, many award-winning. In 2011 he received the medal of the Assemblée Nationale de Québec for cultural contributions to his nation. Mr. Brault joined the early music faculty of McGill University in Montréal teaching baroque violin in 2017. 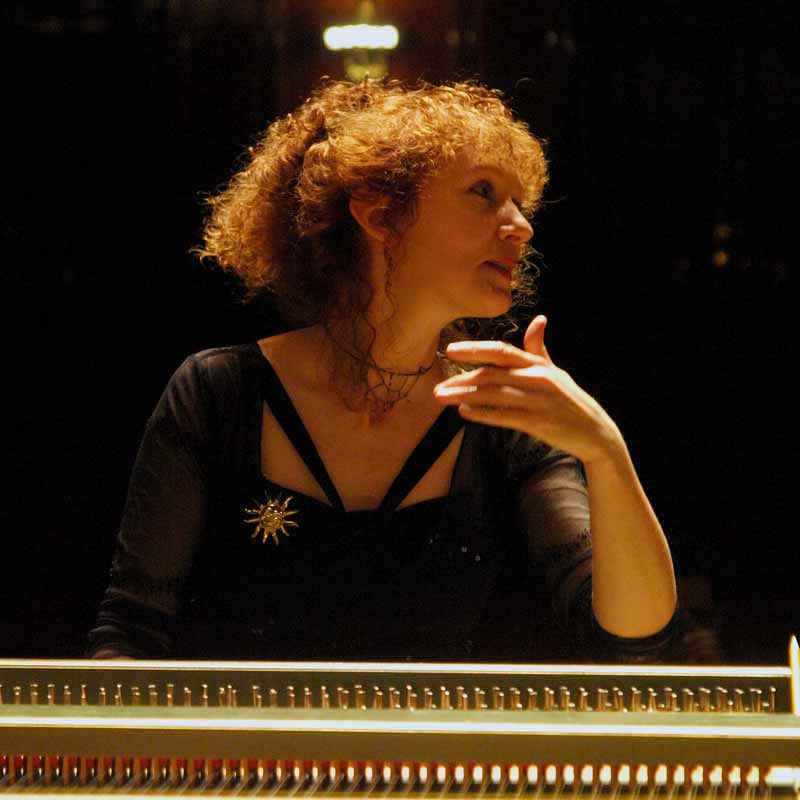 “Under the inspired leadership of Jeannette Sorrell, Apollo’s Fire has become one of the pre-eminent period-instrument ensembles, causing one to hear baroque material anew.”
–THE INDEPENDENT, London

Jeannette Sorrell is recognized internationally as a leading creative voice among early-music conductors. She has been credited by the U.K.’s BBC MUSIC MAGAZINE for forging “a vibrant, life-affirming approach to the re-making of early music… a seductive vision of musical authenticity.”

Hailed as “one of the world’s finest Baroque specialists” (ST. LOUIS DISPATCH), Sorrell was one of the youngest students ever accepted to the prestigious conducting courses of the Aspen and the Tanglewood music festivals. She studied conducting under Robert Spano, Roger Norrington and Leonard Bernstein, and harpsichord with Gustav Leonhardt in Amsterdam. She won both First Prize and the Audience Choice Award in the 1991 Spivey International Harpsichord Competition, competing against over 70 harpsichordists from Europe, Israel, the U.S., and the Soviet Union.

Sorrell founded Apollo’s Fire in 1992. Since then, she and the ensemble have built one of the largest audiences of any baroque orchestra in North America. She has led AF in sold-out concerts at London’s BBC Proms and London’s Wigmore Hall, Madrid’s Royal Theatre (Teatro Real), the Grand Théâtre de l’Opéra in Bordeaux, the Aldeburgh Festival (UK), the Tanglewood Festival, Boston’s Early Music Festival, the Aspen Music Festival, the Library of Congress, and the Metropolitan Museum of Art (New York), among others.

As a guest conductor, Sorrell has worked with many of the leading American symphony orchestras. Her debut with the Pittsburgh Symphony in 2013 as conductor and soloist in the complete Brandenburg Concertos was met with standing ovations every night and hailed as “an especially joyous occasion” (PITTSBURGH TRIBUNE-REVIEW). She has also appeared as conductor or conductor/soloist with the New World Symphony (Miami), the Los Angeles Chamber Orchestra, Seattle Symphony, the Opera Theatre of St. Louis with the St. Louis Symphony, Handel & Haydn Society (Boston), the Omaha Symphony, Grand Rapids Symphony, and has appeared with the Cleveland Orchestra as guest keyboard artist. In 2014 Ms. Sorrell filled in for British conductor Richard Egarr on 5 days’ notice, leading the complete Brandenburg Concertos and playing the harpsichord solo in Brandenburg No. 5 for the closing concert of the Houston Early Music Festival. In 2015 she returned to the Pittsburgh Symphony as conductor/soloist.

Sorrell and Apollo’s Fire have released 24 commercial CDs, of which six have been bestsellers on the BILLBOARD classical chart. Her recordings include the complete Brandenburg Concerti and harpsichord concerti of Bach (with Sorrell as harpsichord soloist and director), which was praised by the LONDON TIMES as “a swaggering version… brilliantly played by Sorrell.” She has also released four discs of Mozart and was hailed as “a near-perfect Mozartian” by FANFARE RECORD MAGAZINE. Other recordings include Handel’s Messiah, the Monteverdi Vespers and four creative crossover projects: Come to the River – An Early American Gathering; Sacrum Mysterium – A Celtic Christmas Vespers; Sugarloaf Mountain – An Appalachian Gathering, and most recently, Sephardic Journey – Wanderings of the Spanish Jews.

Sorrell has attracted national attention and awards for creative programming. She holds an honorary doctorate from Case Western University, two special awards from the National Endowment for the Arts for her work on early American music, and an award from the American Musicological Society. Passionate about guiding the next generation of performers, Ms. Sorrell has led many baroque projects for students at Oberlin Conservatory.